Forty-eight people have been injured after a train smashed into platform buffers at Barcelona station.

The accident occurred as the train was approaching central Barcelona’s Franca station during rush hour on Friday morning.

The train did not brake in time when entering the station, hitting the buffers at the platform, according to reports.

Five of the 48 wounded, including the train driver, are thought to be a serious condition. 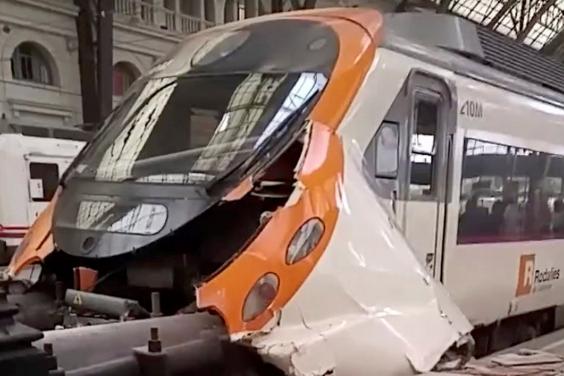 Most of the injured passengers were travelling in the front carriage.

Witnesses told local media they were standing up ready to disembark the train as it crashed into the platform, knocking them to the ground. 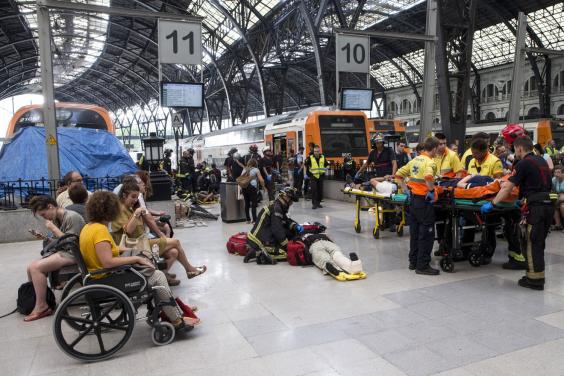 The wounded were treated by emergency services on the platforms (EPA)

A block of metal thought to form a part of the buffer had ended up more than six feet inside the carriage.

One person tweeted the footage of the aftermath, showing the train’s front carriage crumpled against a metal barrier.

He wrote: “My train crashed when I arrived at the station in Franca today.” 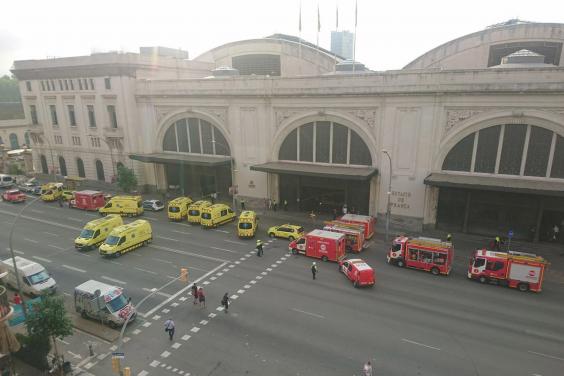 It is not known whether any Brits or Irish nationals are among the wounded.

Eyewitnesses posted videos and pictures of the crash on social media.

One video shows the damage to the front carriage and the driver’s cab after ploughing into the buffers.

The train was coming from Sant Vincenc de Calders village in the province of Tarragona on the R2 line of the Rodalies commuter rail services, emergency services said.

The cause of the crash is not immediately known.