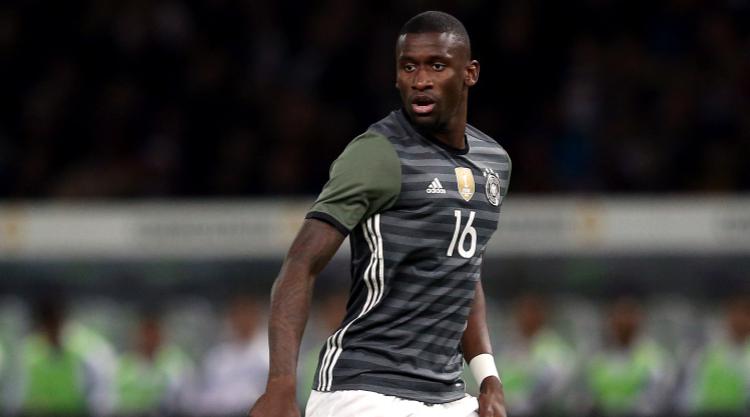 Germany defender Antonio Rudiger has joined Chelsea from Roma on a five-year contract.

Here, Press Association Sport picks out five things you may not know about the 24-year-old.

Rudiger’s first football shirt was self-made and was designed to resemble the one worn by George Weah, the AC Milan and Liberia striker. Weah spent the second half of the 1999-2000 season on loan at Chelsea, scoring five goals in 15 appearances.

The first player Rudiger really idolised was Ronaldo, the Brazil striker. Rudiger says on his website: “He was the perfect striker and he had everything.” He began his career as a forward, before later switching to defence.

Rudiger began playing football on the streets of Berlin. He says the game allowed him to channel his talent and saw him focus on what he could achieve in life. He joined Borussia Dortmund’s academy before coming to prominence with Stuttgart.

Rudiger has risked the wrath of Chelsea fans with a 2014 interview in which he said he has been following Arsenal since the days of Thierry Henry and Dennis Bergkamp.

SAY NO TO SENAD

Rudiger is sadly among the black professionals to have experienced racism during his time in Italy, but notably it was from a fellow player. After last December’s Rome derby, Senad Lulic tried to belittle Rudiger by comparing him to a street vendor, saying he had just been “selling socks and belts” in Stuttgart before joining Roma. Lulic was banned for 20 days.