A £5,000 reward has been offered in the hunt for a man who robbed a 92-year-old pensioner leaving her with horrific injuries.

Sanchez Edwards, a paranoid schizophrenic, was last seen in east London days after he allegedly attacked the elderly woman to steal her handbag – leaving her with broken bones and bruises.

The 28-year-old was spotted at Bethnal Green Underground Station on Monday afternoon and then on Thursday evening, and uses public transport in east London frequently.

It comes after police released footage of the robbery before revealing pictures of the serious injuries the pensioner suffered allegedly at the hands of Edwards.

Shocking footage shows a man dragging the woman along the ground in Hoxton Street, in Hackney, during the violent robbery at about 2.40pm on June 27. 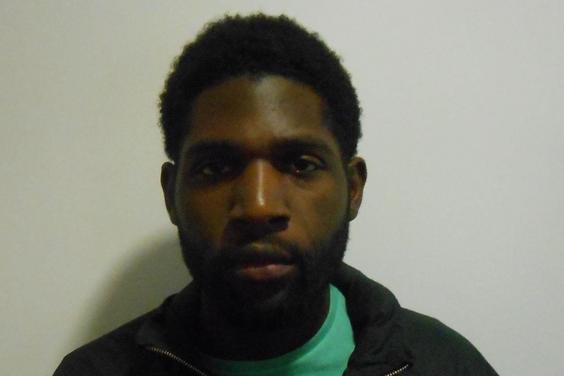 Edwards absconded from a medium-security mental health unit in the same borough last week. Officers have advised the public do not approach him, but to call 999 if he is seen.

The multi-thousand-pound reward will only be available if information provided to the anonymous line Crimestoppers leads to his arrest.

Edwards is described as a dark skinned black man, 5’09, with short black hair, of medium build and a black beard.

He visits Stratford, Ilford, Bethnal Green as well as gravitating back to Hackney on a regular basis, the Met has said. 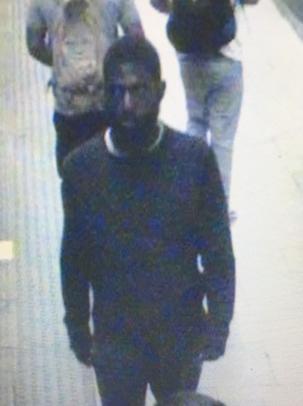 The appeal for information on the potentially dangerous absconder featured on BBC1’s Crimewatch Roadshow today, Friday 7 July appealing for information.

Detective Inspector Paul Ridley, who is leading the investigation by Hackney CID, said:”I have approached Crimestoppers for an enhanced reward of £5,000 for information leading to his arrest to provide an even greater incentive for the public, if one was needed, to inform us exactly where he is.

“All week I have had officers conducting street searches, stopping buses and trawling transport hubs, however we have a vast area to cover and Edwards is extremely transient”.

“I can assure you, we will act on any information received. Call 999, tell the operator you think you have sighted the high risk violent Hackney robber and we will respond immediately.”

Information be reported completely anonymously to Crimestoppers on 0800 555 111 or via their online form at crimestoppers-uk.org.