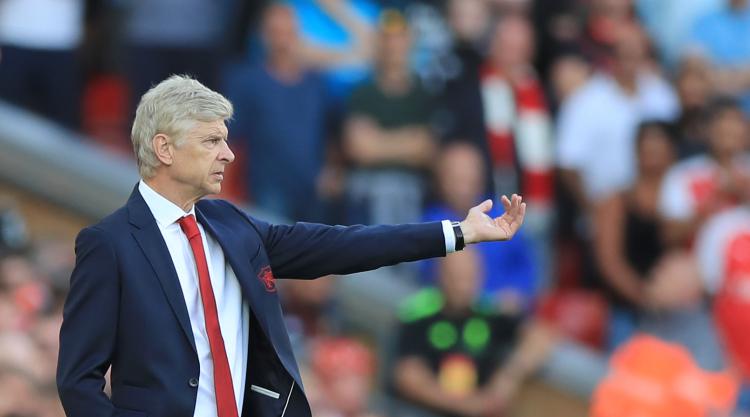 The Gunners were swept aside with embarrassing ease as the ruthless Merseysiders thrashed them 4-0 at Anfield.

It was Arsenal’s second successive Premier League defeat and left them, and manager Arsene Wenger, facing yet more searching questions.

Midfielder Ramsey told the club’s website, www.arsenal.com: “We’re going to have to change something if we’re to compete this year.

Arsenal were comprehensively outplayed and their humiliation could have been greater were it not for several excellent saves from Petr Cech.

Roberto Firmino headed Liverpool ahead after 17 minutes and Sadio Mane scored a stunning second to double the lead before the break. Mohamed Salah robbed Hector Bellerin to race away for the third after 57 minutes and substitute Daniel Sturridge completed the rout.

The Gunners, whose only victory this term was a frenetic 4-3 defeat of Leicester, now have the best part of a fortnight, due to an international break, to take stock of their situation.

Ramsey said: “Most of the squad go away now, so when we get back we’ll have to review that and hopefully we can move on and sort it out.”

The manner of the defeat could reignite the protests against Wenger that created headlines and split fans last season.

Wenger signed a new two-year contract after winning the FA Cup in May but former Arsenal defender Martin Keown was among those to question the club’s wisdom over that deal.

Keown told the BBC’s Match of the Day 2 programme: “It is not time to panic but is now looking like perhaps it was maybe the wrong decision. That decision was made and they are now going to have to live with it.”

Keown was not impressed by the performance or Wenger’s tactical decisions.

He said: “Arsenal looked so naÃ¯ve. Their midfield – (Granit) Xhaka, not mobile enough; Ramsey, keeps vacating midfield. They had no shots on goal, that’s almost unthinkable. This is a crisis at the club.

“There was Â£130million worth of players on the bench. (Alexandre) Lacazette we were told is the new hope. Why was he on the bench? Some of the rationale for the decisions – I’m scratching my head.

“Arsenal didn’t pay respect to the defensive side of the game. It looked like the players were not tuned in tactically or mentally. They didn’t know their roles and responsibilities.”