Shocking footage shows the moment a victim of a moped gang’s acid spree through London is doused with gallons of water to cleanse his face of a corrosive substance.

The victim, thought to be the first in the string of attacks, was sprayed with acid as two moped riders targeted five victims in the capital in just 90 minutes.

As people pour gallons of water over the man’s head, officers can be heard saying: “Where’s it hurting mate? Is it in your eyes?”

“Keep your eyes open… as best you can mate. How’s the pain?”

The footage emerged on social media in the hours after the attack.

The attackers first struck as a 32-year-old moped rider, thought to be the man in the video, waited at a junction in Hackney, east London. 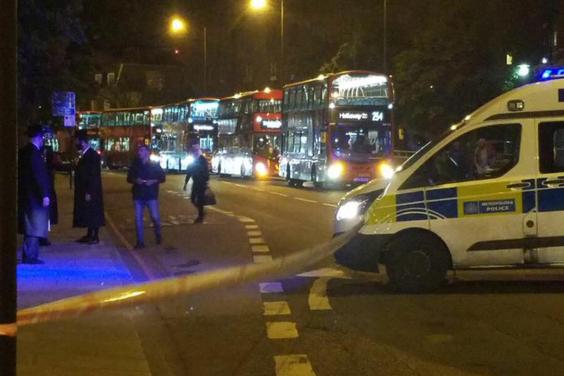 Just 20 minutes later, at around 10.50pm, another victim was sprayed with searing liquid on the Upper Street in Islington.

Another man was confronted as he sat on his moped in traffic on Chatworth Road, Hackney before 11.37pm, when police were called.

A male teenager has been arrested on suspicion of grievous bodily harm and robbery. He is being held at an east London police station.