An acid attack victim today revealed the devastating effect caused by the use of household chemicals as weapons.

Musa Miah, 23, spent three weeks in hospital after being attacked with a friend at East India Dock.

He had two skin graft operations at the Chelmsford burns unit and lost 15 per cent of his vision in his left eye.

Describing the attack in March last year, he said: “After about a minute, I could feel it starting to burn. My eyelids were burnt as well as the skin on my face. 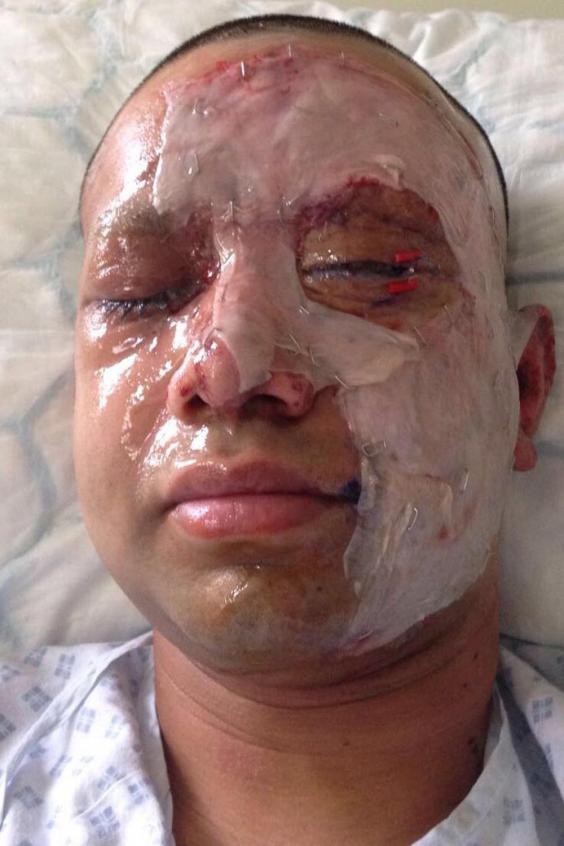 Musa Miah after an operation to repair his skin

“For six months I did not dare step out of the house. When I was in hospital they had to cover up the mirror because I wasn’t ready to look at myself.”

They both appeared before magistrates in April and are due to appear at Snaresbrook crown court in October, with the 16-year-old remanded in custody.