This hard-hitting ad campaign features a string of slapstick clips of people falling over and bumping into things while on their mobile phones – before it ends with a shocking twist.

In the campaign put forward by South Africa’s Western Cape Government, the short and powerful clip features fitting circus music as people bump into things while engrossed in their mobile phones.

At the beginning of the ad, one woman walks straight into a bus stop before a man stumbles into a pond.

Another man engrossed in his phone falls down a set of steps and a young school pupil trips over a yellow wet floor sign. 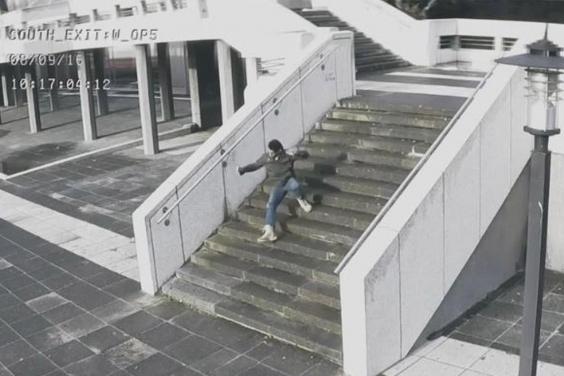 A man engrossed in his phone tumbles down the stairs

But the video takes a serious turn, when it cuts to a clip of a woman who is using her mobile phone while she is driving. 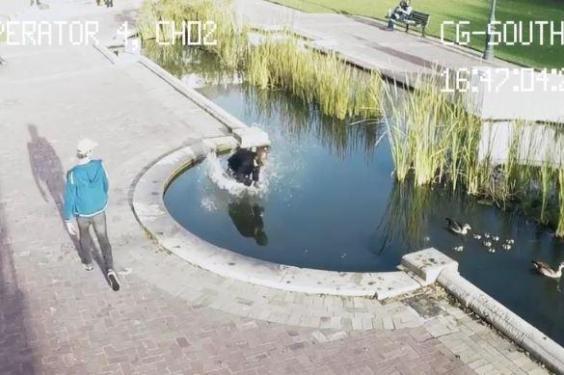 The clip shows her being violently thrown around inside the car after she crashes when she becomes distracted by her mobile phone. 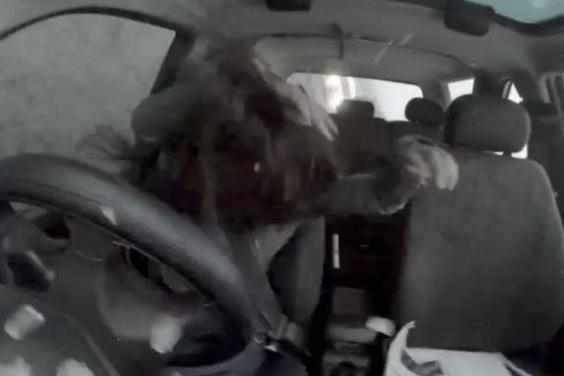 Crash: The woman is violently thrown about the vehicle

The video is part of the Western Cape Government’s traffic safety efforts and #ItCanWait campaign, aimed at spreading awareness of the dangers of texting while driving and not paying attention to your surroundings while using mobile phones.

A message on the campaign’s website reads: “No call or text is worth your life.”