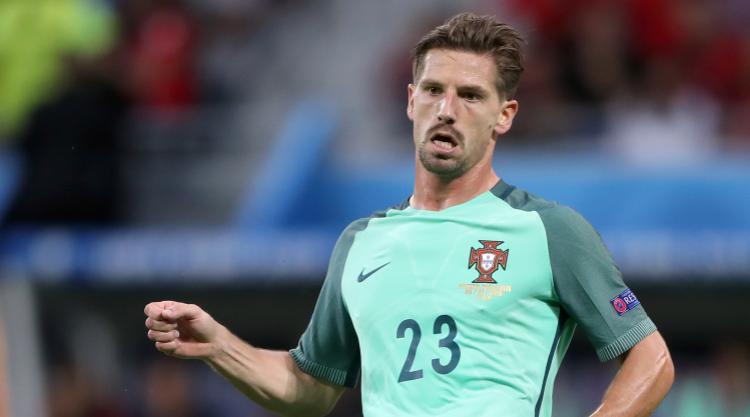 Adrien Silva remains in Leicester but has been unable to train with Craig Shakespeare’s squad as the club continue to look for a resolution to his future.

It has been a week since Leicester thought they had signed the Portugal midfielder from Sporting Lisbon in a £22million deal but FIFA have refused the player’s registration as they did not receive the paperwork in time, with the Foxes missing the deadline by just 14 seconds.

However Leicester officials are confident the necessary paperwork was sent before the midnight deadline on September 1, having been granted an hour’s extension to complete the deal.

Sporting insist the deal is binding but the uncertainty currently leaves Silva in limbo, unable to play and even unable to train with Leicester.

“No he is not training,” said Leicester boss Shakespeare ahead of Saturday’s home game against Chelsea.

“I’ve spoken to him. I feel for the lad. He is not only so keen to come, but the deal was also agreed between the clubs, it is just the finalisation.

“It is World Cup year for the player and he is in limbo. He is a strong character and I am sure he will be fine.”

Leicester are continuing to work to overturn FIFA’s decision.

“We are still trying to finalise it, it is still up in the air,” said Shakespeare. “It is important to keep a level head. In truth, I don’t understand it all. You identify the players then you leave the other bits to the legal people.

“I would love the player to be in with us. We need to let those concerned carry on with it. Hopefully when I am told the player is ours and he can train with us, we will welcome him with open arms.”

While it appears to be a legal minefield at the Leicester end, Sporting appear confident the situation is much more clear cut and they are expecting an initial payment for Silva.

“In view of the recent news, it is further informed and clarified that the definitive transfer of the sports and economic rights of the professional football player Adrien Silva to Leicester FC is concluded,” the Portuguese club said in an official statement on Friday morning.

“Finally, it should also be clarified that the delay of the player’s registration in favour of Leicester FC will have no impact on the financial conditions described above, except for a delay in time of receipts resulting from the variable amount associated with the player’s performance.”

Press Association Sport understands Silva, 28, will watch from the stands at the King Power Stadium on Saturday when Leicester resume their Premier League campaign against Chelsea.