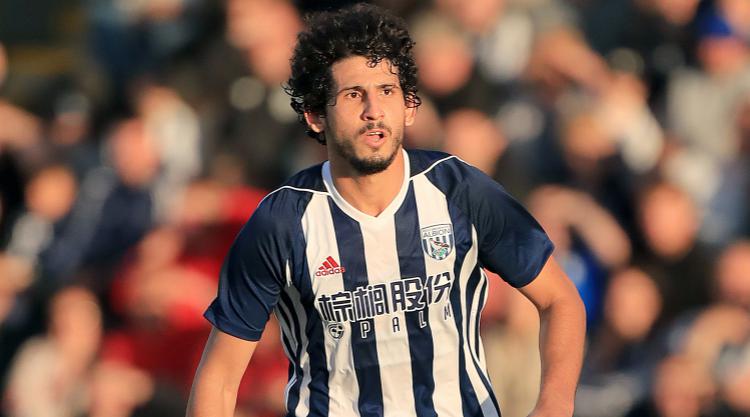 Tony Pulis celebrated signing an extended contract in the best possible fashion as West Brom began the new Premier League campaign with a 1-0 win over Bournemouth at The Hawthorns.

Pulis, who will now remain as Baggies boss until 2019 after putting pen to paper on a new deal on Friday, saw new signing Ahmed Hegazi head the only goal of the game in what was an impressive introduction to English football for the central defender.

Another summer arrival, Jay Rodriguez, also made a strong first impression on his debut, particularly early on. The Â£12million summer signing from Southampton, beset by injury issues in recent seasons, looked fit and mobile and had a handful of attempts inside the first 25 minutes.

A couple of decent saves from Asmir Begovic denied Rodriguez before the striker was just off target with a header and then a lovely curling effort from the left side of the penalty area, with the ball narrowly missing the top corner of the net.

Despite their dominance, the hosts looked a little vulnerable to the counter attack and the pace of Josh King and Benik Afobe almost caught them out on a couple of occasions.

West Brom deservedly took the lead after 31 minutes. Rodriguez had looked the most likely to open the scoring but it was another debutant who did so.

After King fouled Allan Nyom out on the right, Chris Brunt delivered a free-kick to the far post and Hegazi’s downward header from three yards out found the net.

Bournemouth responded well to the set back and almost equalised straight away but Afobe’s header from Ryan Fraser’s delivery flashed just wide. Ben Foster then had to be quick off his line at the feet of King after the striker had escaped the attention of the Albion defence.

The second half began in the same vein as the first, with West Brom on top. However this time they were unable to turn their pressure into a goal. A Claudio Yacob header into the side netting from a Phillips corner was the closest they came.

It was now Bournemouth’s turn to assert some pressure, although Eddie Howe’s team never troubled Foster, despite the 64th-minute introduction of Jermain Defoe, as Hegazi, on a season-long loan from Egyptian champions Al Ahly, and Craig Dawson marshalled the home defence impressively.

Hal Robson-Kanu came close to a second goal after a lovely piece of chest control and a volley on the turn saw the ball narrowly clear the crossbar. Fellow substitute Salomon Rondon also went close late on as Begovic got down well to divert his curling effort just wide with his fingertips.