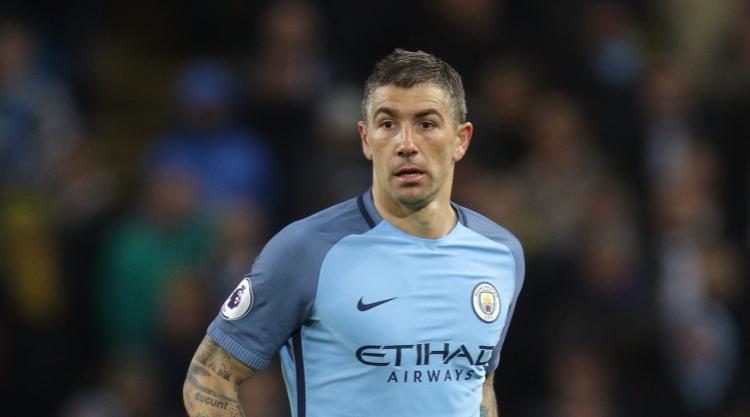 Aleksandar Kolarov is on the brink of leaving Manchester City to join Roma, manager Pep Guardiola has confirmed.

The 31-year-old left-back has won two Premier League titles, an FA Cup and two League Cups since moving to the Etihad Stadium from Lazio in 2010.

Kolarov is now set to return to the Italian capital, with Guardiola revealing “Kolarov is one step from going to Roma”.

“I don’t like to work with people who doesn’t want to stay,” the City boss said after seeing his side lose 2-0 to Manchester United in the International Champions Cup.

“Kola helped me a lot last season in terms of many, many things, but he has a big chance to come back to Rome where he was before.

“He spoke to me, with the club but especially to me, and said he would like to leave and I don’t like to live still with players that don’t want to stay.

“That’s what it is the best option for everybody, especially for him.

“I wish him all the best because he is a really nice guy. We had an excellent relationship with him, I was very pleased to train him and I wish him and his family the best.”

Guardiola is hoping to bring in Real Madrid’s Danilo, who the manager is understood to be open to playing in both full-back positions and defensive midfield.

Monaco left-back Benjamin Mendy is a long-standing target, but Guardiola is not getting het up about only bolstering the defence with Tottenham right-back Kyle Walker to date.

“The season is so long,” the City boss said. “Of course we would like to have the players as soon as possible.

“We have 11 months in front of us to play a lot of games so important to arrive when they can arrive, when it is possible to arrive. If not, we’re going to find solutions.

“But we knew that from the beginning. Today we know the transfer market and how complicated it is for all the clubs.

“We’re going to find the best solution to help us to improve, but both for example Ederson and Kyle (Walker) made an outstanding performance so the guys who came will help us a lot.”

Guardiola admits City “need defenders” and was asked why he had not moved for Leonardo Bonucci – a target last summer who recently left Juventus for AC Milan.

“What happened last season was last season,” he said. “Bonucci is an exceptional player – an exception in terms of character, personality and everything. That’s why he played in one of the best teams in the world, Juventus, now in Milan.

“But it is what it is. Sometimes it happens, situations happen. Sometimes not.”