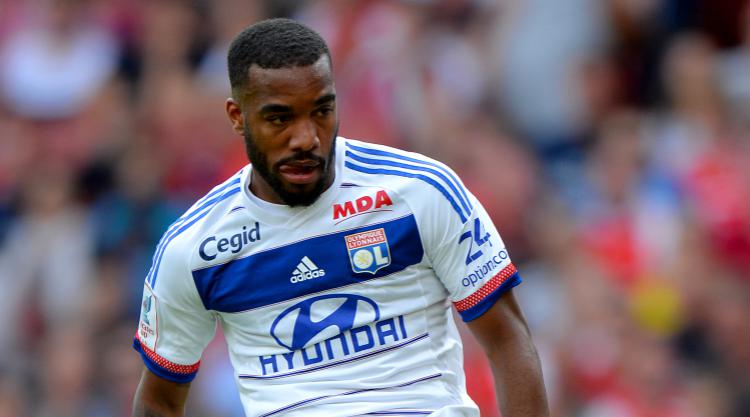 Alexandre Lacazette is expected to finalise his move to Arsenal on Wednesday after the Lyon striker completed his medical.

The France international arrived in London on Tuesday after the two clubs finally agreed a fee, announced by Lyon president Jean-Michel Aulas as being “close to 50million euros” (£44m).

Lyon-based newspaper Le Progres reported on Wednesday morning that Lacazette’s medical went without a problem and that only the finer points of his contract remain to be agreed.

The fee would represent both a record signing for Arsenal, surpassing the £42.4m paid to Real Madrid for Mesut Ozil in 2013, and the highest fee received by Lyon.

Lacazette has scored more than 20 goals in Ligue 1 for the last three seasons, including 28 in 30 games and 37 in all competitions last season.

His arrival provokes questions over the Arsenal futures of Alexis Sanchez and Olivier Giroud – with Ozil’s situation also uncertain.

Sanchez, whose contract expires after the upcoming season, has been linked with Manchester City, Chelsea and Bayern Munich.

Speaking at the Confederations Cup, the Chile forward said he knew what his future had in store, but declined to reveal what it entailed.

Ozil also has just 12 months left on his existing deal but posted a training picture on Twitter on Tuesday with the caption: “Holiday is over and I’m back at @Arsenal training ground with fully charged batteries #YaGunnersYa”

France striker Giroud, meanwhile, has been linked with Everton and West Ham among other clubs.