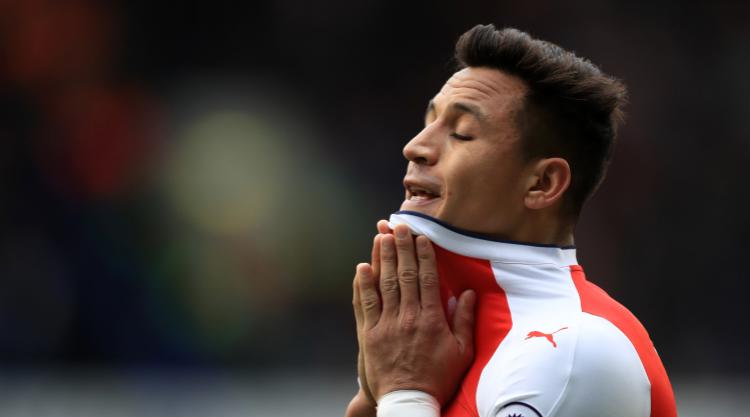 Alexis Sanchez joined his Arsenal team-mates for a training session at the Emirates Stadium as speculation over his future rumbles on.

The Chile international only returned to pre-season on Tuesday after being handed an extended break following the Confederations Cup.

Sanchez was due back to Arsenal’s London Colney training centre on Sunday but was ill and instead travelled back to begin work on Tuesday.

The 28-year-old is reportedly wanted by the likes of Manchester City, Chelsea and Paris St Germain and has less than one year to run on his current contract with the Gunners.

Manager Arsene Wenger appears relaxed about the situation and even suggested it was “ideal” to have the likes of Sanchez, as well as team-mates Mesut Ozil, Alex Oxlade-Chamberlain, Jack Wilshere and Kieran Gibbs, running down their contracts as they have to play well to earn fresh terms.

Arsenal fans will be concerned, however, that even if Sanchez stays, the former Barcelona forward may leave for nothing next summer.

He hit 30 goals for Arsenal last season but cut a frustrated figure at times as hopes of a Premier League title faded with a poor run of results which coincided with a 10-2 aggregate defeat to Bayern Munich in the last 16 of the Champions League.

The torrid spell led to Arsenal missing out on a top-four finish and instead Wenger’s side will play in the Europa League during the forthcoming campaign.

No Champions League football, as well as the lure of a potentially more lucrative contract elsewhere, might tempt Sanchez to leave – but Wenger is expected to dig his heels in.

The 67-year-old Arsenal boss, who signed his own new contract after the FA Cup final victory in May, was set to address the media on Thursday afternoon to preview Sunday’s Community Shield clash with Chelsea, and was likely to be once again asked about Sanchez’s future.