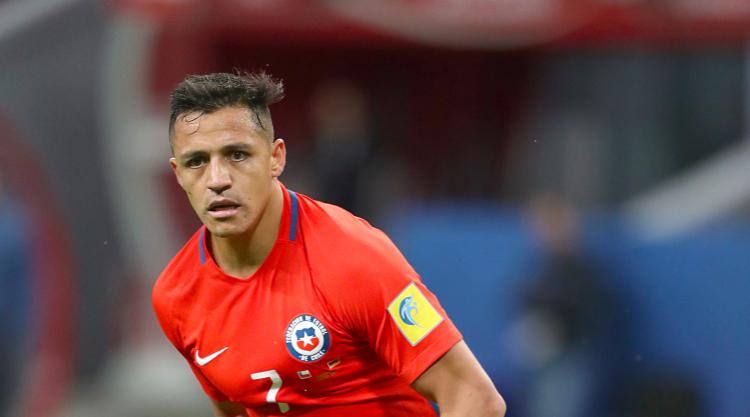 Alexis Sanchez has revealed he knows in his mind where he will be playing next season but has stopped short of announcing his plans.

The 28-year-old Arsenal forward has been linked with a move away from the Emirates Stadium this summer and has just 12 months remaining on his current deal with the Gunners.

Sanchez, currently at the Confederations Cup with Chile, hit 30 goals last season but cut a frustrated figure at times as Arsenal finished fifth in the Premier League and crashed out of the Champions League following a 10-2 aggregate defeat to Bayern Munich.

His contract situation, coupled with a lack of Champions League football for Arsenal in the coming season, has seen the former Barcelona man linked with the likes of Manchester City and Bayern.

While Bayern have reportedly cooled their interest, speculation over a reunion with City boss Pep Guardiola, who Sanchez played for at the Nou Camp, continues.

Sanchez spoke to the media to preview the Confederations Cup final meeting with Germany and was sat alongside City goalkeeper Claudio Bravo.

When asked if he would be a team-mate of Bravo next season, Sanchez replied: “Good question. Right now I’m focused on the Confederations Cup. When this is finished I will see if I stay or if I go. I don’t know.”

Sanchez then confirmed he had made a decision when asked if his future was clear in his mind, adding: “Yes it’s clear, but I can’t tell you.”

He also batted down a question over his Arsenal future.

“I don’t know, my friend, I don’t know,” he told Sky Sports News when asked what the chances were of him staying put.

Arsenal boss Arsene Wenger has said Sanchez will not be allowed to leave this summer and he would rather see the player leave on a free transfer at the end of his contract next year.

The club’s record signing, Mesut Ozil, is in the same position with reports last season claiming the pair want parity with the Premier League’s top earners before signing fresh terms.