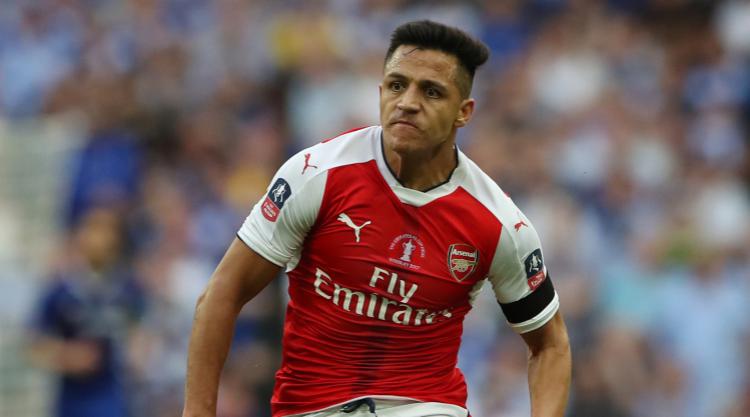 Arsene Wenger has confirmed Alexis Sanchez will begin training on Sunday as the Arsenal striker looks to find full fitness ahead of the start of the Premier League season.

Sanchez and Shkodran Mustafi are both behind most of their team-mates in their pre-season preparations after the pair’s involvement in the Confederations Cup.

Uncertainty has surrounded Sanchez’s future this summer, with the Chilean yet to sign an extension to his current contract, which is due to expire next year.

Wenger, however, indicated his star player will resume training as normal this weekend while the rest of the Arsenal team play in the Emirates Cup.

“Alexis and Mustafi, their first training session will be on Sunday, the day we play against Sevilla,” Wenger said.

“They are practising on the day, yes. First of all you make a really good check up of where they are, how much they have worked during their break.”

Arsenal go up against Benfica on Saturday and then Sevilla on Sunday before turning their attention to the FA Community Shield final against Chelsea a week later.

The Gunners’ league opener comes at home to Leicester on August 11 and Wenger admits both Sanchez and Mustafi will have to be eased back in over the next fortnight.

“Once you know where you stand, they need an adjusted programme and to see how quickly you can fit them in again,” Wenger said.

“Of course it depends as well on what is the need in the squad, what is their quality.

“All of these things together make your decision. Do you put them on the bench when they are not ready [to start]?

“It is easier to put a striker on the bench than a defender sometimes because in a short period they can make an impact. We’ll see.”