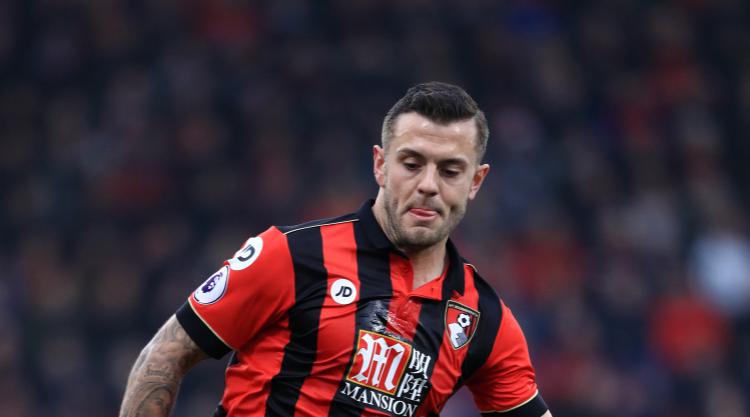 Jack Wilshere has been challenged to get back to his best and earn a new deal at Arsenal, although manager Arsene Wenger admits the chance to do so may come elsewhere.

The 25-year-old looked set for the Emirates Stadium exit door this summer having been loaned out to Bournemouth last season.

Wilshere, who has a history of injuries, missed the end of the campaign with a leg fracture but is now back in training with the Gunners.

Despite links with another move away, Aston Villa and Sampdoria reportedly interested in the England international, he now looks set to stay – even if Wenger will once again give him the chance to leave before the the transfer window closes on August 31.

Wilshere has less than a year on his current contract and Wenger wants to see improvements if he is to be offered fresh terms.

“If he gets back to his best and wants to stay, we have to sit down, I think, later in the season. I don’t rule that out,” he said when asked if he planned to offer Wilshere a new deal.

“I hope he can manage to do that and after nobody questions his quality.”

But Wenger did suggest Wilshere could once again leave before the window closes.

“I’m open, you know, with Jack,” he said about a possible departure.

“We have honest conversations. I’m open to what is the best for him.

“He is at the stage of his career where he needs to play and I can guarantee him today that, and I think I’m quite open on that.”

Wilshere has been working his way back to fitness by turning of for Arsenal’s Under-23 team – although he want sent off in Monday’s 4-3 win over Manchester City.

He had impressed until the second-half flashpoint when he reacted to a poor challenge from Tyreke Wilson, with both players dismissed.

“At my stage and with my experience in football, I can understand a lot – especially with what has happened to him,” Wenger said when asked about Wilshere’s reaction.

“Ideally he shouldn’t have responded at all but when you have gone through what he has gone through, with bad tackles, it was a human reaction.

“At the moment he is working very hard to come back after his fracture so overall another setback would be terrible and it was a bad tackle.”

Wilshere’s three-match ban for non-first-team games has been reduced to two after an appeal against it.