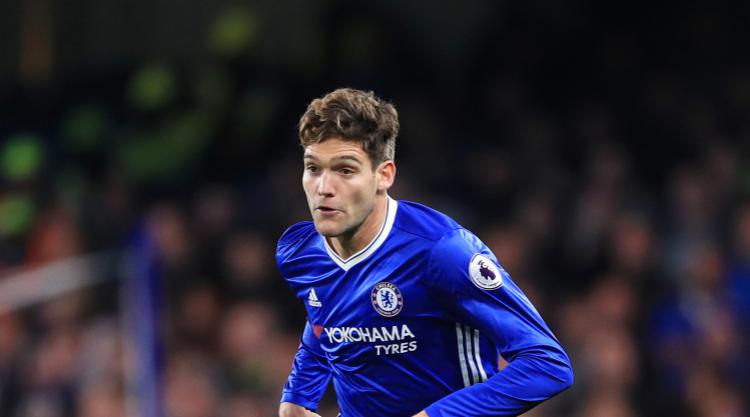 Alvaro Morata helped set up a goal on his Chelsea debut but could not prevent a 3-2 friendly defeat against Bayern Munich in Singapore.

The Â£60million signing from Real Madrid came on as a second-half substitute with his new side trailing by two goals, and teed up Michy Batshuayi for his fifth goal of pre-season.

But Chelsea paid the price for a slow start, falling 3-0 behind before Marcos Alonso and Batshuayi made the scoreline respectable.

The Blues were without Pedro, who suffered multiple facial fractures in a collision with Arsenal goalkeeper David Ospina on Saturday, and Kenedy after he was sent home following his Instagram indiscretions.

Nevertheless they fielded a strong starting line-up, including Gary Cahill, Cesc Fabregas, N’Golo Kante and Batshuayi – but still found themselves 2-0 down after just 11 minutes.

First Brazilian full-back Rafinha came forward and pinged a low shot from 25 yards which found it’s way into the corner.

Then Franck Ribery found space to wander down the left wing before floating in a cross which Thomas Muller volleyed past Thibaut Courtois.

Willian dragged a shot wide for Chelsea before Muller struck again, just before the half-hour mark, with a 30-yard thunderbolt.

But in first-half stoppage time the Premier League champions pulled one back when Alonso drilled in Victor Moses’ square pass .

Morata came on to make his first appearance in a Blues shirt 15 minutes into the second half, going out to the left with Batshuayi continuing to spearhead the attack.

Fellow sub David Luiz immediately went close to pulling another back when his deflected strike hit a post.

But Morata made his mark with six minutes remaining, flicking on a Fabregas corner at the near post to leave Batshuayi with a tap-in.