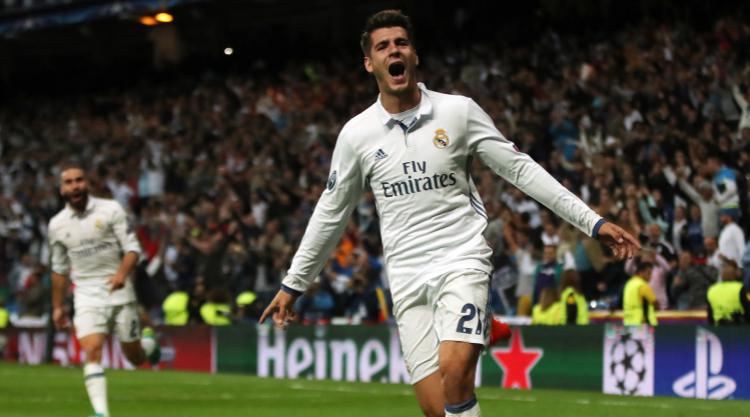 Alvaro Morata has set his sights on winning further silverware at Chelsea after completing his move from Real Madrid.

The Spain striker, linked with a move to Manchester United earlier in the transfer window, signed a five-year deal with the Premier League champions on Friday night in a move believed to be worth around Â£60million.

The 24-year-old, who scored 20 goals as Real won both LaLiga and the Champions League last season, told Chelsea’s official website: “I am so happy to be here.

“It’s an incredible emotion to be part of this big club.

“I am looking to work hard, score as many goals as I can and to win as many trophies as possible.”

Chelsea were believed to be interested in re-signing Romelu Lukaku before the striker’s move from Everton to Manchester United, but have now plumped for Morata as they prepare to replace Diego Costa.

Blues boss Antonio Conte has previously worked with Morata at Juventus and believes his arrival will improve the squad.

Speaking at a press conference in Beijing on Friday, Conte said: “We have added a fantastic striker, even at a young age he has won a lot already and we are looking forward to welcoming him to the squad.

They have also been linked with a move for England midfielder Alex Oxlade-Chamberlain from Arsenal, who Blues face in a friendly at the Bird’s Nest Stadium on Saturday before heading to Singapore.

Morata is set to replace Costa in Conte’s starting line-up next season.

Conte revealed on Friday that the 28-year-old striker, who has not travelled to Asia, was told in January he was not part of the club’s plans.

“I don’t like to talk about players that don’t stay here, but the only thing I can tell you (is) in January, the Costa situation was very clear, for the club, for him and his agent,” said the Italian.

“For me the situation is closed.”

Costa is reported to be keen on a return to Atletico Madrid, although the Spanish club are currently banned from completing the signing of players until January 2018.