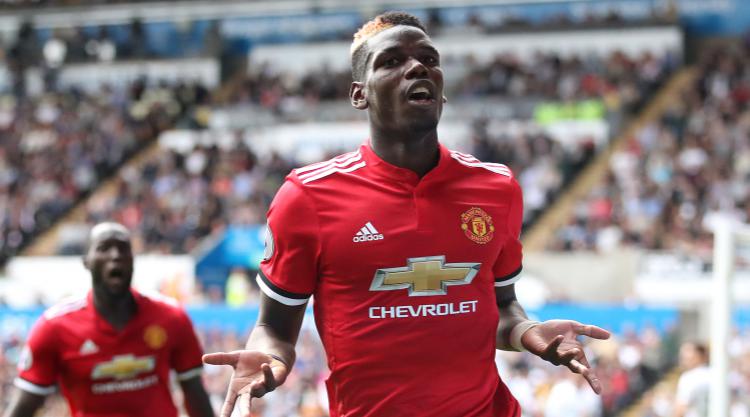 Pogba was the world’s most expensive player until Neymar joined Paris St Germain from Barcelona in a world record Â£200.6million transfer earlier this month.

The 24-year-old France midfielder had a mixed first season after returning to United from Juventus in a then-world record Â£89m deal in August 2016.

But Pogba has impressed at the start of the new campaign as United have set the early Premier League pace.

Pogba scored in the 4-0 wins against West Ham and Swansea after being given added freedom following the summer acquisition of Nemanja Matic.

“I would say he is probably the best midfield player in the world,” United winger Martial says in an upcoming MUTV documentary about Pogba.

“Paul is very mentally strong and he is very sure of himself.

“He is a big guy, he is very technical on the ball and he has lots of endurance.

“He is still young, too, so he has a lot to work on and he can get even better.

“If he continues to play and improve like he is doing then I think he is also going to win the Ballon d’Or award in the next five years.”