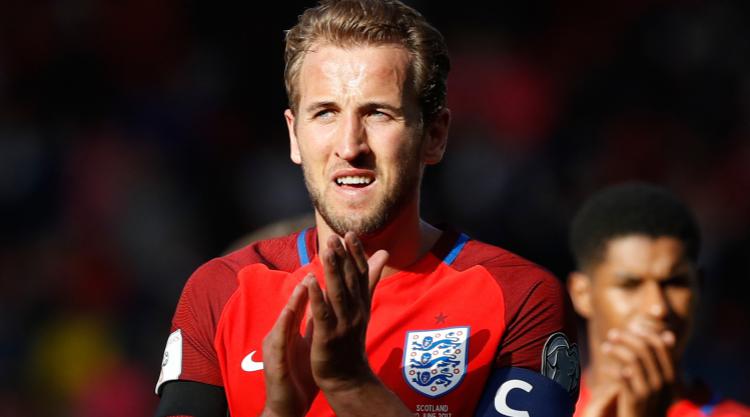 The Italian, who has brought in Alvaro Morata for £58million, was not suggesting the Blues are looking to buy the England striker , but spoke of his admiration for the 23-year-old.

Kane has finished as the Premier League’s top goalscorer for the past two seasons, and when answering a question about Tottenham’s title ambitions, Conte told several national newspapers: “Tottenham is a really good squad if they are able to keep all the players.

“For me, Kane, now, is one of the best strikers in the world.

“If I had to buy one striker I would go to Kane. He is a complete striker. He is strong physically, with the ball, without the ball, he fights and he’s strong in the air and acrobatic on the right and the left.

“He’s a complete player. He’s one of the top strikers in the world. If you go to buy Kane now it would be at least £100m.

“At least. For me, if I see this price for a striker I know for sure he’s a big striker.”

Transfer fees continue to increase this summer but Spurs have yet to add any new faces to their squad, with chairman Daniel Levy critical of the amount being spent.

However, Conte believes Chelsea’s London rivals are not under as much pressure to fight for trophies as the other clubs in the top six, and said: “My question is this: What are Tottenham’s expectations?

Conte also revealed that Chelsea missed out on right-back Kyle Walker, who moved to Manchester City earlier this summer for an initial fee of Â£45m which could rise to Â£50m.

“We tried to buy Walker,” he said. “Honestly, I think now every single player is expensive. For you to even enquire about one player, he is expensive.

“You go to buy a right-back, a left-back or a central defender and he is expensive. It is very difficult in the transfer market for the teams that need to improve their squads.”