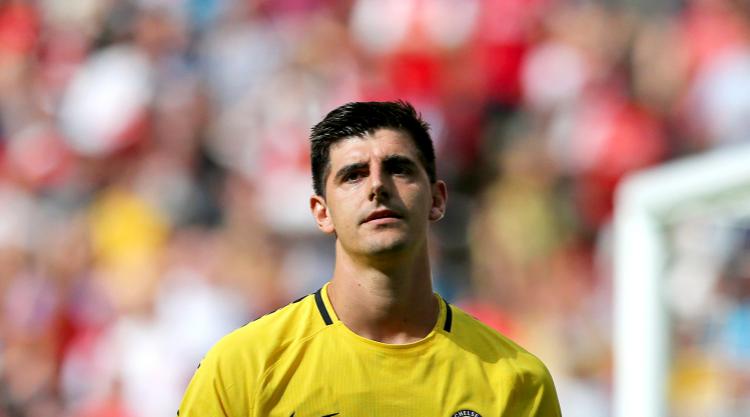 Antonio Conte turned his attentions to Chelsea’s Premier League clash with Arsenal after a “perfect” Champions League return for the Blues.

“Now we have to continue,” said head coach Conte after Chelsea’s second of seven September games.

“We have to rest (on Wednesday) and then to start to think about the next game, a strong game, a tough game against Arsenal (on Sunday).”

Eden Hazard played 32 minutes against Qarabag, having also featured as a substitute against Leicester last Saturday in his first Chelsea appearance of the season following a broken ankle.

The Belgium playmaker tore through the Gunners in February with a stunning solo goal in a 3-1 win, but Conte is yet to decide whether Hazard will start.

“We must have a bit of patience with him and to try to give the possibility for Eden to recover very well,” Conte added.

“We must be calm and to do the best for the player and for the team.

“Otherwise we risk a bad injury to delay the situation. This is the right way. This process is good for him.”

Chelsea have two days’ additional rest than the Gunners, who play Cologne in the Europa League on Thursday night.

Pedro, Davide Zappacosta, Cesar Azpilicueta, substitute Tiemoue Bakayoko and Michy Batshuayi ensured a comfortable return to Europe’s elite after last season’s first absence since 2003-04. The sixth was bundled in by a combination of Batshuayi and defender Maksim Medvedev.

Conte added: “It was a good start, a perfect start for us. I saw a lot of positive things.”

Azpilicueta, like Zappacosta and Batshuayi, scored his first Champions League goal. The Spain defender was afterwards lauded by his boss as “one of the best in the world”.

Chelsea’s next game in Europe is at Atletico on September 27, with the saga surrounding Diego Costa rumbling on.

Zappacosta is halfway towards Costa’s Champions League tally – the absent Brazil-born Spain striker has two goals in 15 Chelsea appearances in the competition – after his unintentional strike.

The Italian, signed on deadline day from Torino and making his Champions League debut, struck from wide on the right.

Conte said: “He has said that he wanted to cross. (But) he scored and it’s important for us.”

Qarabag beat the champions of Georgia, Moldova and Denmark to become the first Azerbaijan side to reach the Champions League group stages.

Qarabag boss Gurban Gurbanov said: “Chelsea is a favourite for the tournament.

“We made lots of errors and I accept we must play even better. But I am satisfied with the way we played.”