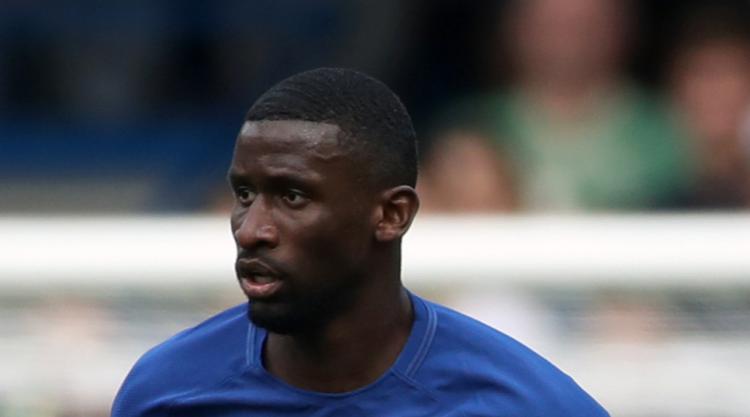 Antonio Rudiger insists Chelsea’s players must respond quickly to their collapse against Burnley and be ready for next Sunday’s clash with possible title rivals Tottenham.

The Blues began the defence of their Premier League crown with a chastening 3-2 defeat at Stamford Bridge that was sparked by the 14th-minute dismissal of captain Gary Cahill for a studs-up tackle, while Cesc Fabregas was sent off later for a second bookable offence.

Burnley reacted brilliantly by powering into a 3-0 lead with two goals from Sam Vokes and a Stephen Ward strike, before replies from Alvaro Morata and David Luiz saw the ensuing fightback fall just short.

Rudiger, Chelsea’s Â£29million summer signing from Roma who was making his Premier League debut, admits the team dealt poorly with the setback of losing Cahill.

“If you have a red card early in the game it’s a shock moment for everyone but we are all professionals and we need to do better in those kind of situations,” the Germany full-back told the club’s official website.

“We conceded three goals too easily. We tried our best but at the end of the day football is about results and we lost.

“In the second half we deserve compliments because you saw a team who tried when it wasn’t easy and at the end of the match we had two men less.

“We have to take the positives from the game, like the second half, work hard during the week and play a good match against Tottenham.”

Apart from Chelsea’s spirited fightback, the only other positive to emerge from a poor start to their title defence was Morata’s contribution off the bench.

The Spaniard, a Â£58million signing from Real Madrid, scored one and had a second goal disallowed and was a thorn in Burnley’s side for the entire 31 minutes he was on the pitch.

“Alvaro has a good space to improve himself. He’s working very well and hard to get good fitness as quickly as possible,” said Chelsea boss Antonio Conte.

“Then he needs to adapt very quickly to our style of football. But for sure he played very well in the last 30 minutes.

“He helped us a lot and scored one goal and he played a really good game. This is really good news for us.”

Burnley celebrated one of the great Premier League opening-day upsets but boss Sean Dyche called for perspective when reflecting on a famous win.

Last season, Burnley failed to record an away victory in the league until late April, relying heavily on their Turf Moor form to stay above the relegation zone.

Dyche is still expecting a challenging campaign this time, despite the stunning start.

“It gets us a win and an away win, so it kills all of that off, but we’re not getting carried away. It’s a great result that was brilliant for us and our supporters,” Dyche said.

“But it’s one result and the season is right in front of us. Everyone is telling us this season will be a big challenge for us.

“Now we need to see if we can move it forward a bit again. It’s very difficult for this club to make massive strides, so it’s about just shifting it forward.

“This win won’t do us any harm at all, but there are a lot of big games coming so it’s important we remind ourselves of that.”