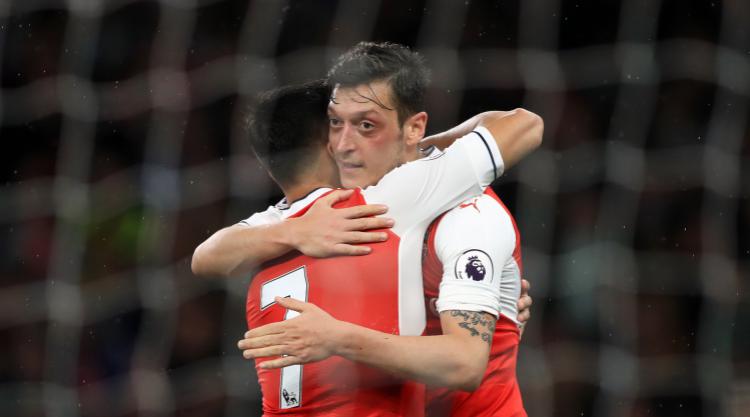 Arsenal manager Arsene Wenger believes it is an “ideal situation” to have players such as Alexis Sanchez and Mesut Ozil coming towards the end of their contracts.

The pair are among a number of individuals whose current deals expire at the end of the forthcoming season.

The likes of Alex Oxlade-Chamberlain, Jack Wilshere and Kieran Gibbs also have less than a year to go and all of those players could enter into negotiations with other clubs in the coming months.

It is the situation regarding key duo Sanchez and Ozil that will be most alarming to Arsenal fans, who will not want to see them leave the Emirates Stadium for free.

Wenger has long suggested that the pair would not be sold this summer even if they fail to agree fresh terms, although Sanchez’s immediate future remains in doubt.

The Chile international has yet to return to pre-season training after being handed an extended break following the Confederations Cup.

He was due back at the club’s training base on Sunday but his return has been delayed due to flu.

Despite entering the new campaign with plenty of question-marks over a number of his players, Wenger insists there is nothing wrong with that as it means they have something to play for.

“I think in the future you will see that more and more; players going to the end of their contracts,” he said.

“Why? Because transfers become so high, even for normal players, that you will see more and more players going to the end of their contract because nobody will want to pay the amount of money that is demanded and I am convinced that in the next 10 years that will become usual.”

Asked if he thought it would be an issue, the Frenchman replied: “Not at all. I think it’s an ideal situation. Everybody has to perform.

“When you are a football player you perform until the last day of your contract.

“What does it change that you have two years or one year to go? You go out on the football pitch, you want to play and to do well. I don’t understand.

“Do you really think that you sit in the dressing room before the game and you think ‘Oh, I have only one year to go – I will not play well today’? Where does that come from? When you’re a football player you want to go out and play and do as well as you can. What has that to do with the length of your contract? It’s a bit amazing.”

Wenger went on to suggest it does not even matter if one of those players enters negotiations over a move away from the club and believes the uncertainty over the future of a player does not cast as much of a shadow as his own situation last year.

The 67-year-old did not sign a new contract until May and has admitted his situation may have led to the players not being at their best – something that will not be affected this season.

“Even if it (a player negotiating with another club) happens, it doesn’t matter.

“You do well with what you do. I am amazed that you are surprised by that. It looks normal to me.

“Every situation is different. Sometimes you have players who run out of contract because you do not want to extend them. That’s a bit different.

“Nobody knows if Sanchez will not extend his contract here.

Wenger was talking after seeing his side retain their own pre-season trophy, the Emirates Cup, despite losing 2-1 to Sevilla.

Alexandre Lacazette hit his first Emirates Stadium goal in the defeat and – although Sevilla won both of their games – the Gunners were triumphant as a point is awarded for every goal scored, meaning their 5-2 victory over Benfica on Saturday was enough to claim the title.