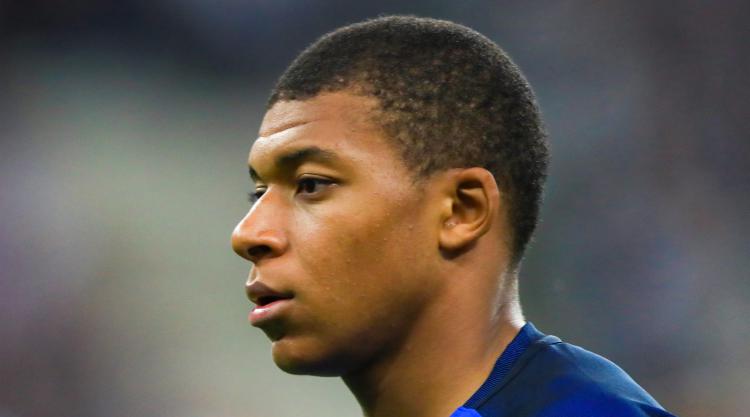 Paris St Germain are determined to to beat Arsenal and Real Madrid to the signature of Monaco sensation KYLIAN MBAPPE by launching a world-record £119million bid for the striker. According to the Daily Mirror, the French giants are willing to exceed the £89m fee Manchester United paid for Paul Pogba to steal a march on their rivals in the race to recruit Ligue 1 winner Mbappe. The 18-year-old scored 26 goals in 44 appearances last season.

Antonio Conte has urged the Chelsea board to secure either Juventus centre-back LEONARDO BONUCCI or VIRGIL VAN DIJK of Southampton as he looks to bolster the Blues’ back line. The Italian won three Serie A titles while managing Bonucci at Juve but the Guardian claims the Italy international would cost in excess of £50m. Dutch defender Van Dijk, who at one point seemed close to signing for Liverpool, would represent a signing more in keeping with Chelsea’s transfer strategy.

The Sun says Tottenham are now ready to approach Schalke for MAX MEYER after the Germany Under-21 winger was made available for a half-price fee of £17.5m. When Mauricio Pochettino enquired about Meyer last summer he was quoted £39m but the 21-year-old is refusing to sign a new contract with the Bundesliga club and will be allowed to depart.

ALBERTO MORENO barely featured for Liverpool last season but the Reds have put a £15m price tag on the Spanish left-back, writes the Daily Telegraph. An £11m bid from Napoli was dismissed this week and both Milan clubs are keen to snap up a player who cost Liverpool £12m three years ago.

Do not expect BEN GIBSON to return to the top flight on the cheap. The Daily Mirror is reporting that relegated Middlesbrough are holding out for more than £20m for the England defender. Stoke are understood to be willing to pay around £12m.

XHERDAN SHAQIRI is expected to stick with Stoke, Potters chairman Peter Coates has told the Sentinel. The Switzerland international had been linked to Roma as a replacement for new Liverpool recruit Mohamed Salah but Coates said: “We are settled with him and are hoping to see a good season from him.”

MATIAS VECINO has attracted interest from Tottenham and the Premier League runners-up have already enquired about the Fiorentina midfielder’s availability, reports Tutto Mercato.

CHARLIE TAYLOR is likely on his way to Burnley, according to the town’s Express newspaper, but West Brom are reportedly trying to scupper the Clarets’ move for the wantaway Leeds left-back.