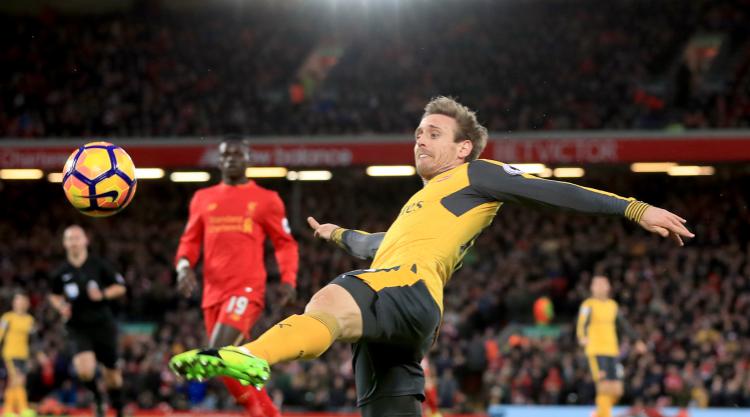 Nacho Monreal admits a dramatic improvement is required if Arsenal are to win the Premier League this season.

The Gunners were beaten 4-0 at Liverpool before the international break on the back of another defeat away to Stoke.

Since the humiliation at Anfield, Arsenal have sold Alex Oxlade-Chamberlain to Liverpool but managed to hang on to Alexis Sanchez as the transfer window closed.

Manager Arsene Wenger has already come in for criticism after a slow start to the campaign having been challenged to deliver major silverware following his contract renewal in May.

The Frenchman said ruling his side out of the title race at this stage is “absolutely stupid” but Monreal reckons Arsenal must step up their performances to stand any chance – starting at home to Bournemouth this weekend.

“Obviously it was really difficult for us because we didn’t expect to lose as we did,” he said.

“You can play against Liverpool away and lose this game because they are a good team, a strong team with good players, but we can’t play as we played.

“We need to improve a lot, our target is to win the Premier League and obviously we can’t win it if we keep playing like we did against Liverpool.

“Now we have to improve and on Saturday we have the next opportunity to get three points, so I hope the team is okay and we can win, get the three points and get confidence.”

Bournemouth visit the Emirates Stadium having lost their opening three league fixtures but the pressure will be squarely on the home side, but Monreal insists whatever the outcome it will not spell the end of Arsenal’s title hopes.

“Honestly, it is too soon to speak about if we can or we can’t (win the Premier League),” he said.

“We have played three games and we have only three points, that is six less than Manchester United at this moment but we are only thinking about playing Bournemouth and winning this game and keep looking forward.”