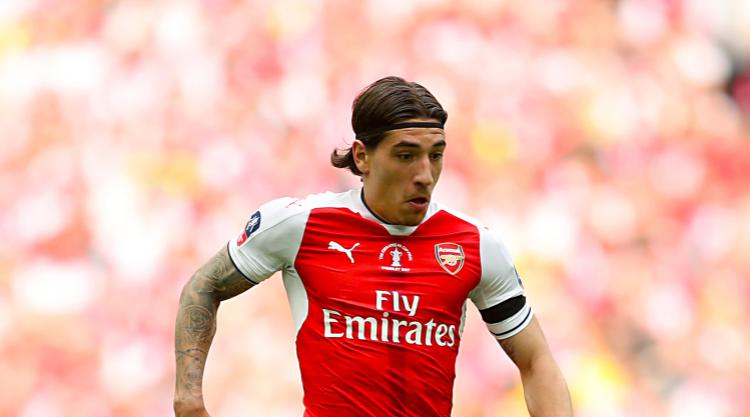 Arsenal leaned more heavily on their academy than any other Premier League club last season, a Press Association Sport study has found.

The investigation discovered that 19.4 per cent of Arsenal’s total top-flight minutes were played by graduates of their youth set-up, with six players contributing to that tally.

Manchester United fielded more of their own academy graduates than any other top-flight side – 10 – but as a percentage of minutes played overall that equated to 17.1 per cent, with a number of youngsters fielded in the run-in as the Europa League became manager Jose Mourinho’s priority.

The study looked at which academies players finished their youth careers at, with playing time calculated from publicly available data on soccerway.com.

Of the Arsenal six, only Kieran Gibbs and Ainsley Maitland-Niles are still eligible to play for England. Maitland-Niles was part of England’s victorious squad at the Under-20 World Cup earlier this summer.

Bournemouth had the highest percentage of players developed in the UK youth system in their total, at 90.3 per cent. However, the Cherries’ own academy accounted for only 0.1 per cent thanks to a single substitute appearance apiece for Baily Cargill and Matt Worthington.

Burnley were the only side to use players developed exclusively in the UK or Europe, with UK-developed players accounting for 85 per cent.

However, the Clarets were one of only two sides who did not give a single minute of action to one of their own academy products, along with Swansea.

Manchester City had the lowest total of UK-developed players, with just 14 per cent of their minutes played total made up of footballers from the UK system. They also had the greatest proportion – 41 per cent – of players developed outside Europe.

Kelechi Iheanacho was the only City academy graduate to be used in the Premier League by Pep Guardiola, and even then sparingly – for a paltry 526 minutes.

Watford’s percentage of UK-developed players was the second-lowest, at 17.2 per cent.