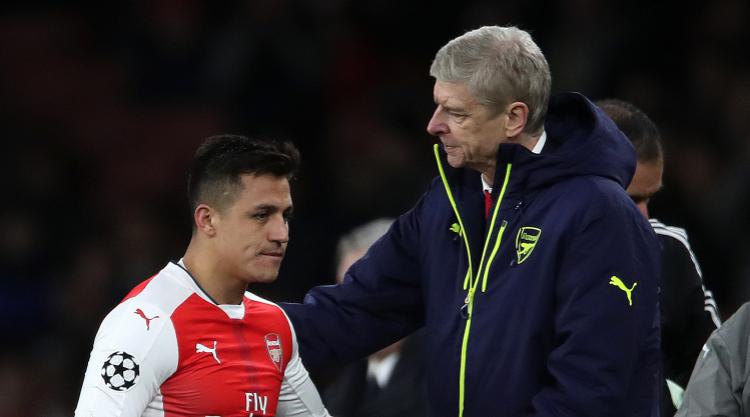 Arsene Wenger has reiterated his belief that Alexis Sanchez will stay at Arsenal this summer.

The Chile forward is entering the final year of his contract and has been linked with a move away from the Emirates Stadium.

Manchester City and Paris St Germain are reported to be monitoring the 28-year-old, who was supposedly in the French capital to discuss a deal last week.

However, Wenger insists there is no need to sell one of his star players and again suggested he is happy for Sanchez to see out his contract.

“My mind has been made up for a while now. I think I’ve made it clear a few times that he is not for sale and this is my stance,” said Gunners boss Wenger.

“There’s always something that comes in. If it’s not Sanchez then it’s me, but I think Sanchez has got one year to go and we have no need to make money.

“He will be part of the team next year and after that I can understand it. But you don’t want to write that but that’s a version I can give you.

“We are in a strong financial situation so we want to keep our best players.

“You can see there is a fight everywhere to get top players. Man United, Manchester City, all the big clubs. All the clubs have big money.”

PSG have also been rumoured to hold an interest in Barcelona forward Neymar, and Wenger doubts the Ligue 1 club can afford Sanchez as well.

Speaking to several national newspapers about PSG’s interest in Sanchez, Wenger said: “No, I don’t think he was in Paris.

“Paris St Germain cannot get Sanchez so they go for Neymar.

“I read L’Equipe in the last three to four days and it has moved from Sanchez to Neymar.