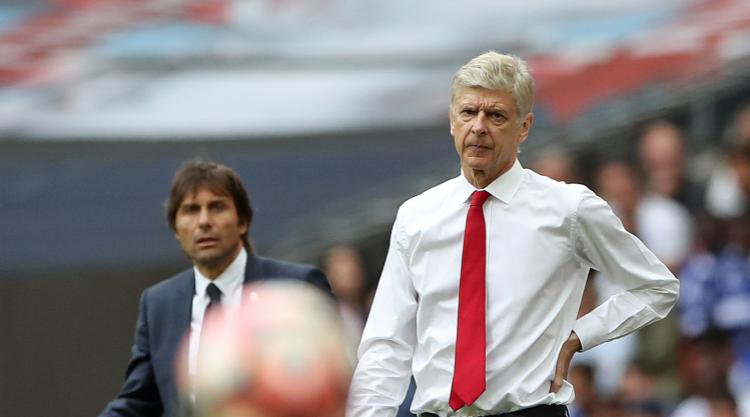 Arsene Wenger hopes Saturday’s showdown against Premier League champions Chelsea in Beijing will help gauge whether Arsenal will be able to hit the ground running when the new campaign kicks off next month.

Wenger accepts the fixture between the FA Cup winners and the Blues in the Bird’s Nest Stadium is “not really a friendly” given the history between the two sides, who met at Wembley only eight weeks ago.

However, following a gruelling tour to Australia and China – which also saw a match against Bayern Munich played out in the sweltering conditions of Shangai and the squad hit with a sickness bug – Wenger believes it should at least give an indication as to what will be left to fine tune on their return to London.

Arsenal will play two fixtures in the Emirates Cup next weekend before tackling Chelsea again in the FA Community Shield ahead of the season opener against Leicester on Friday August 11.

“It is difficult to predict, but I think it is a friendly between Arsenal and Chelsea, that means it is not really a friendly,” Wenger said at a press conference in Beijing, which was broadcast on the club’s official website.

“There is some pride at stake and a desire to win. It was a very interesting game in the FA Cup final, we play them in the Charity Shield (Community Shield) and then play them early in the (Premier League) season as well.

“In fact, we know each other very well and it is difficult how to know how prepared Chelsea are and how far we are for the preparation tomorrow.

“It was a good indication against Bayern, it will be another test for us tomorrow.”

Wenger confirmed forward Theo Walcott was doubtful for Saturday’s match, but the problem was “nothing major”.

Defender Laurent Koscielny expects to be able to feature despite a back problem.

The France international feels the two-week tour has been worthwhile. He said: “For the team, I think last season we finished well and we worked well in Australia and China.

“We are focused on the games and we want to win because that gives you confidence to play with freedom.”

While Arsenal’s club-record signing Alexandre Lacazette was part of the travelling squad, scoring on his debut in last week’s 2-0 win over Sydney FC, forward Alexis Sanchez has been given some extra time off following Chile’s appearance at the Confederations Cup.

With a year left on his current deal, Sanchez has been linked with a big-money move during the closing weeks of the summer transfer window.

Paris St Germain are said to be ready to meet the player’s wage demands as would Manchester City. Arsenal, though, remain determined not to sell – and especially not to a Premier League rival.

Wenger was briefly quizzed on the absence of his star man by the Chinese media at Friday’s press conference.

When asked why Sanchez had not made the journey, the Arsenal manager said: “He played in the Confederations Cup and is on holiday.”