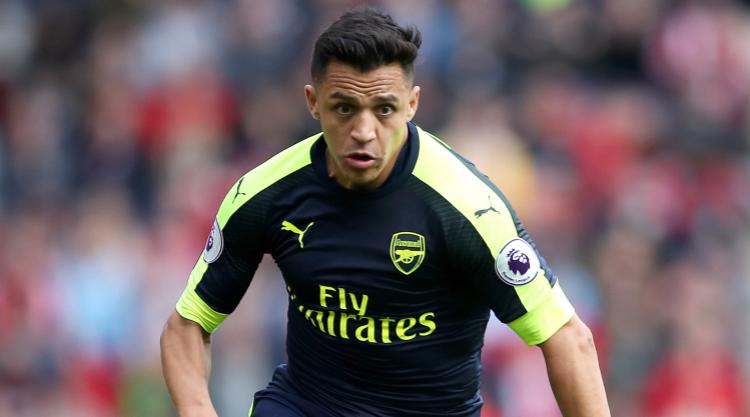 Arsene Wenger is ready to accept the financial “sacrifice” of keeping Alexis Sanchez at Arsenal and admits there has been no progress on a new deal for the forward.

The Chile international has been linked with a move away from the club this summer with less than a year remaining on his current deal at the Emirates Stadium.

Wenger has insisted several times that Sanchez will not be sold – although links with Manchester City continue – and that he would rather lose the player for nothing at the end of the current campaign.

Sanchez has not played for the Gunners this season, returning late to training following his Confederations Cup exertions before missing the 4-3 win over Leicester with an abdominal strain.

Rumours persist that a move away is on the cards with Wenger so far resisting the temptation to cash in on the 28-year-old.

The Frenchman insisted last week it was his decision not to sell Sanchez and he is more than prepared to miss out on a pay-day by sticking to his guns.

“Let’s not be wrong, it’s not an ideal situation on the financial side and it demands some sacrifice,” he said.

“But first of all it doesn’t mean the players who are in the final year of their contract will not extend their contract. You have still that possibility and we work on that as well.

“That (possibly allowing Sanchez to leave for free) is a consequence of what I say, yes, unfortunately.

“But we have to make a choice between efficiency on the field and financial interest and most of the time if you can find a good compromise, it’s better. But in this case, I think I prioritise the fact that he will be useful on the sporting side.”

Wenger was speaking ahead of Arsenal’s trip to Stoke on Saturday, where Sanchez will again miss out, and said that there had been no headway made on tying the former Barcelona man down to a new contract.

“We have not progressed on that front,” he said.

“At the moment he is a player who goes into the final year of his contract and prepares for the season. We have not made any progress on the other front.”