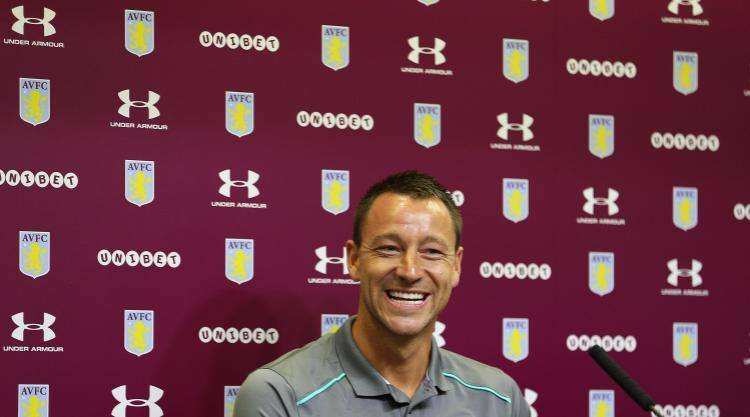 John Terry’s move to Aston Villa might seem surprising to some, but even more unexpected was the fashion in which the Championship club announced the signing.

After 22 years at Chelsea the 36-year-old became a free agent on Saturday, having won 15 major trophies with the Blues and captaining the club for the majority of that time.

But all that was forgotten the moment Villa produced a viral video to announce the signing of Terry, which was based around an imaginary WhatsApp conversation between manager Steve Bruce, owner Dr Tony Xia and members of the first-team squad.

After Xia teases and confirms the signing, Terry is added to the group before Gabriel Agbonlahor seemingly offends former players such as Olof Mellberg by suggesting Terry must be the best defender the club has ever had.

It follows a recent trend of clubs taking to Twitter to announce signings in a ‘different’ way, with West Brom on Sunday posting a short clip of Jay Rodriguez replying to a fan who had asked if the club had made any signings.

Liverpool announced the signing of Mohamed Salah, again via a Twitter video, by having a user scroll through various tweets on an account called ‘Announce Salah Now’, before revealing the user to be Salah himself.

Villa’s video caused a stir online, with one fan, @DomH97, saying: “Why do we have to do everything in such an embarrassing way”.

Another (@latetackle) simply added: “lads we have so many questions”.

However it proved popular with some, with @Ryan_Anacki posting: “This is the GOAT of a signing announcement and it forever will be”, while BBC presenter Dan Walker described it as “brilliant”.