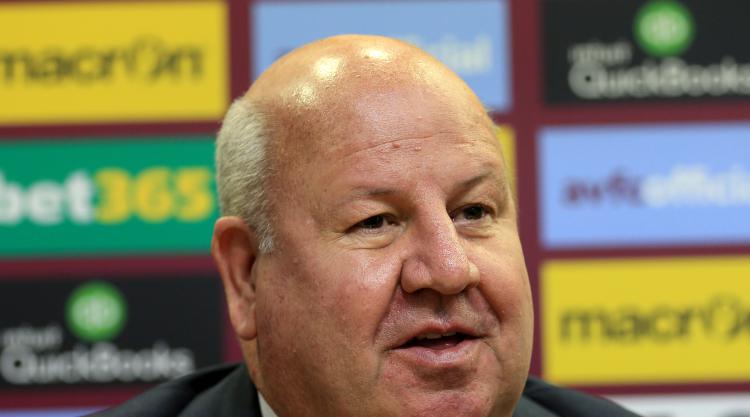 Aston Villa chief executive Keith Wyness has been suspended from all football-related activity for three weeks by the Football Association for misconduct relating to a social media post.

The 59-year-old shared a Twitter video of Villa being denied a penalty during the final game of the Championship season against Brighton last month which had a caption questioning whether under-performing referees had ”disabilities”.

“He admitted an FA charge that a comment he re-tweeted accompanied with a video was abusive and/or insulting and/or improper and/or brought the game into disrepute contrary to FA Rule E3(1),” an FA statement read.

“Furthermore, the breach was “aggravated” as defined in FA Rule E3(2), as it included a reference to disability.

“His suspension will run from date of the expiry of the period that he has to appeal the decision.”