An Australia champion surfer who survived a shark attack by punching it on the nose has had another close encounter at the same event two years later.

Mick Fanning and Brazilian Gabriel Medina were pulled from the water yesterday after a great white shark sighting forced a halt to the J-Bay Open in South Africa.

The 36-year-old said: “That is huge. Look at that thing, that thing is a beast … at least they saw this one.”

In 2015, Fanning survived after a shark knocked him from his surfboard at the  J-Bay. 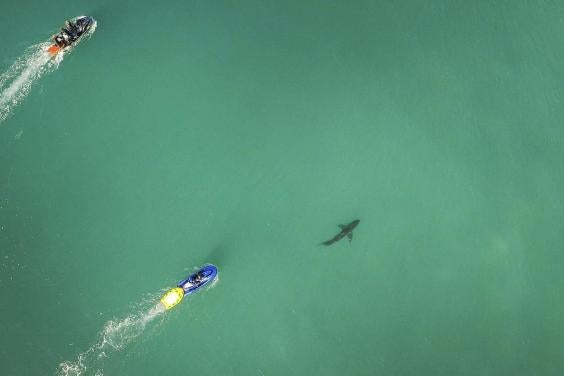 The three-metre Great White shark circling below the surface. (EPA)

The three-time world champion said he had been able to “get a punch into its back” and startle it.