Australian police today said they had thwarted a “credible attempt to attack an aircraft” amid reports Islamist extremists had been devising a bomb disguised as a kitchen mincer.

Security in airports across Australia remained tight, with intensified screening of baggage, as searches were carried out in properties in Sydney. Inside a wheelie bin at one home officers reportedly found a slip of paper with a flight code for a Jakarta to Sydney route.

Prime Minister Malcolm Turnbull declined to comment on reports that Islamists planned to kill the occupants of a plane with poison gas, or that a homemade bomb was to be disguised as a mincer.

“Police will allege they had the intent and were developing the capability,” he told ABC. 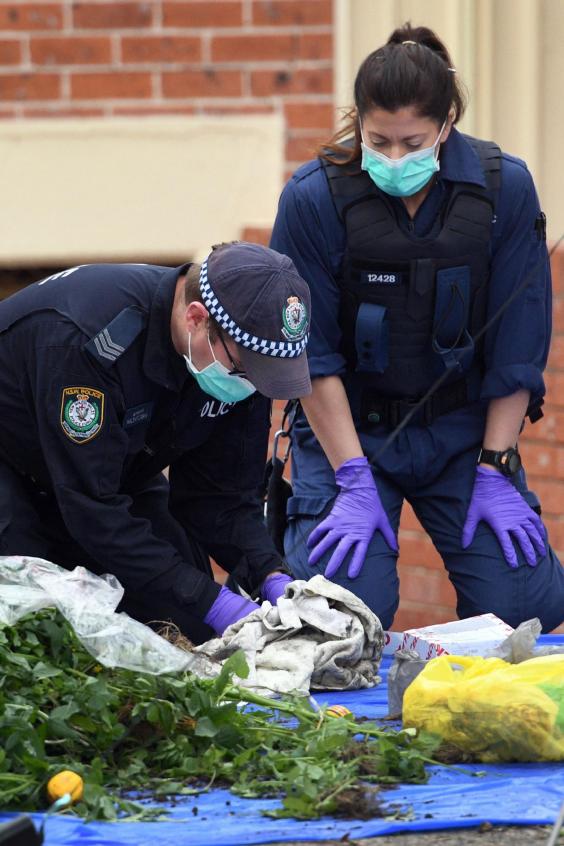 The accused men planned to use poisonous gas or a crude bomb disguised as a meat mincer, reports said. (AFP/Getty Images)

Four men — two Lebanese-Australian fathers and their sons — were arrested in police raids in Sydney on Saturday night. Today a court ruled they could be detained without charge for seven days from their arrest under counter-terror laws.

“We believe we have disrupted a legitimate and credible attempt to attack an aircraft,” federal police commissioner Andrew Colvin told reporters. He repeatedly described the threat as a “device,” without mentioning whether it was explosive. 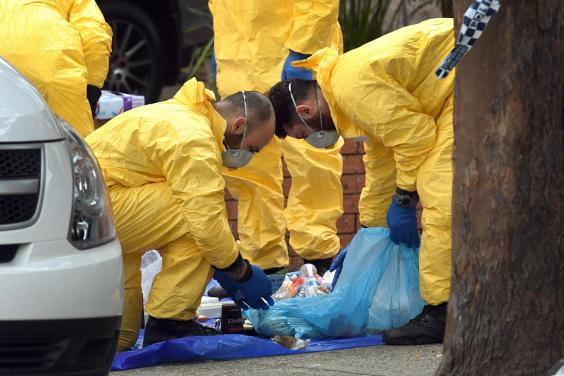 Police search for evidence at a block of flats in Sydney following counter-terror raids. (AFP/Getty Images)

Newspaper The Australian cited sources saying the plotters were constructing a “non-traditional” explosive device that could have emitted a toxic, sulphur-based gas to kill or immobilise everyone on the aircraft.

Sydney’s Daily Telegraph reported the plotters planned to make a bomb from wood shavings and explosive material inside a piece of kitchen equipment such as a mincing machine.

Police raided five homes on Saturday and removed a domestic grinder and a mincer used to make sausage, the newspaper said.

The plot involved smuggling the device onto a flight from Sydney to the Middle East, possibly Dubai, as carry-on luggage, the newspaper said.

There were reports that the bomb was found in a home in the inner-city suburb of Surry Hills, a few doors from the local mosque.