Self-styled action man Vladimir Putin has been pictured spearfishing and snorkelling during a camping trip in wild Siberia.

The Russian leader – who for years has been known for trying to cultivate a macho adventurer image – was featured in footage released by the Kremlin.

The pictures show President Putin steering an inflatable boat, fishing bare-chested in a mountain lake and diving underwater with a spear gun to catch fish during the mini-break in the Tuva region.

He spent two hours hunting a pike before finally catching the fish and posing with it, his spokesman Dmitry Peskov said. 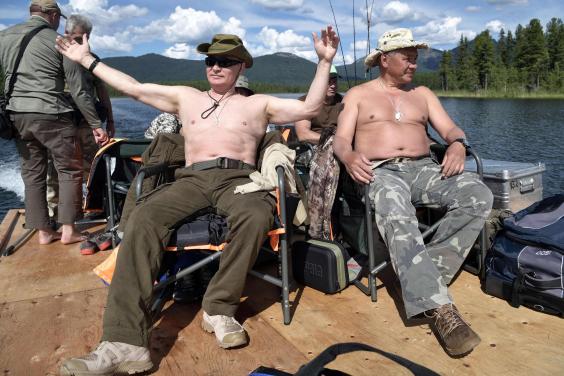 The president with his defence minister by the lake. (AFP/Getty Images)

Defence minister Sergei Shoigu and other officials accompanied the president on the trip, which was spent during a period of glorious sunshine in the region.

President Putin has frequently engaged in action stunts since taking the helm in 2000 including flying combat jets, riding horses and more topless fishing. 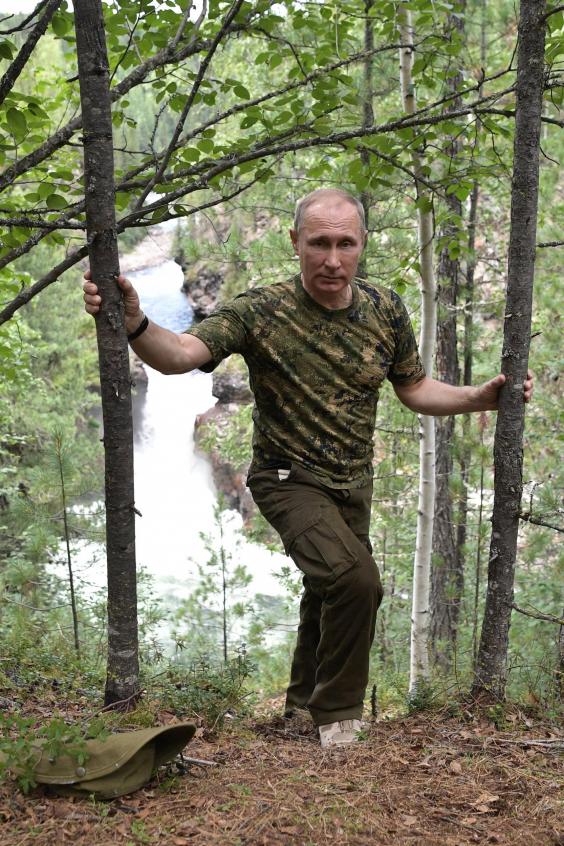 President Putin during a hike while on the mini-break. (EPA)

He also accompanied a flock of cranes on a hang glider, shot a tiger with a tranquilliser gun and released leopards into a wildlife sanctuary. 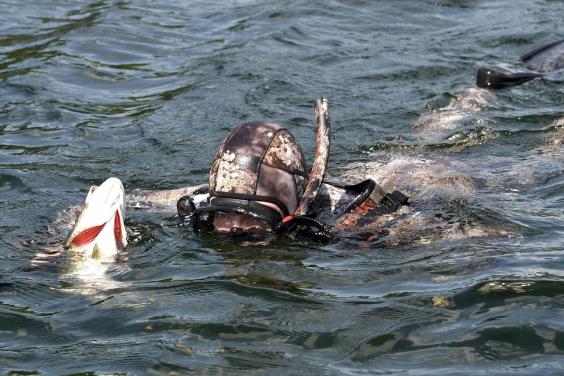 It comes as Prime Minister Theresa May was spotted holidaying in northern Italy with husband Philip.

Downing Street released pictured of the PM walking around the town of Desenzano del Garda near Lake Garda.

Labour leader Jeremy Corbyn also has been pictured on a cycling holiday around Croatia.