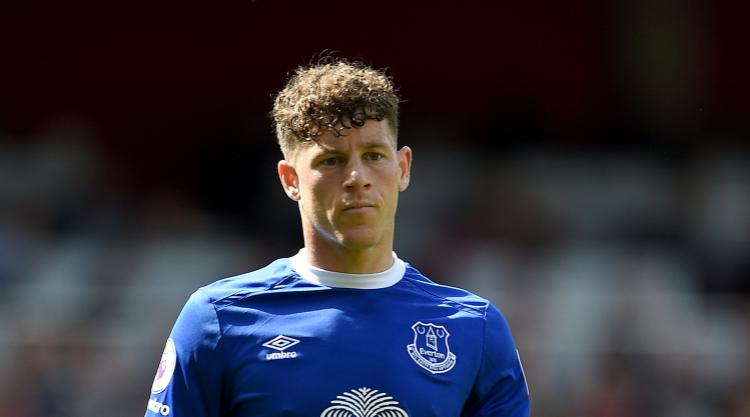 ROSS BARKLEY is demanding a whopping £150,000 a week to join Tottenham, reports the Mirror.

The Everton midfielder, whose future looks certain to be away from Goodison Park, has been linked with a move to Spurs, but he wants to be paid more than Harry Kane if he is to join.

Barkley’s potential arrival at the north London club could pave the way for MOUSSA SISSOKO to leave.

The Daily Mail are reporting that the £30million midfielder is keen to leave Spurs, who must foot some of the bill to get him out of the club.

Brazilian website Esporte Interativo are claiming that NEYMAR has agreed to join Paris St Germain after a £195million deal was agreed between the French club and Barcelona. The Ligue 1 runners-up are distancing themselves from the deal, though, according to L’Equipe.

MARKO ARNAUTOVIC looks set to get his move away from Stoke, with the Sun reporting that a £24million deal with West Ham has been agreed.

Chelsea boss Antonio Conte has signed a new deal and he wants to celebrate by signing a new left-back. The Daily Star is reporting that Conte is eyeing up potential moves for Monaco’s BENJAMIN MENDY or Southampton’s RYAN BERTRAND.

Neymar has not agreed a deal to PSG. But they are very interested in him as they have been for three years. Alexis Sanchez closer.

Chris Samba is currently on trial at Aston Villa. He played tonight alongside John Terry in a friendly. (Source: Sky Sports) pic.twitter.com/tUiDpEwoak

ASHLEY COLE: Harry Redknapp will have a fight on his hands to get LA Galaxy to allow the former Chelsea left-back to join Birmingham, according to the Sun.

ERIC DIER: The Mirror are reporting that Manchester United have turned their backs on a deal for the Tottenham midfielder after accepting Spurs’ hands-off message.

KARIM BENZEMA: The Real Madrid man has been lined up as a target for Arsenal, should they sell ALEXIS SANCHEZ, writes Spanish newspaper Don Balon.