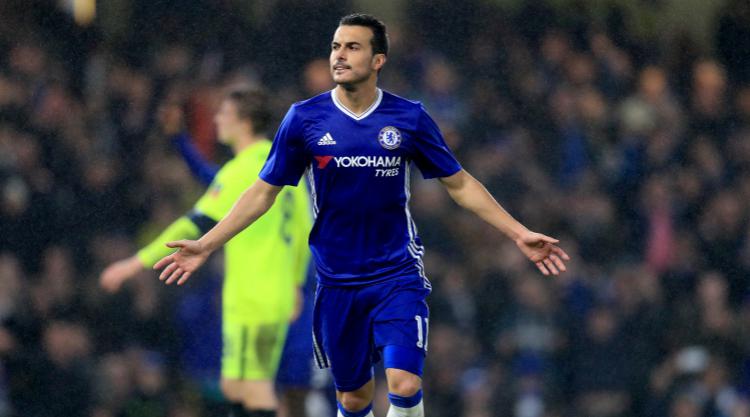 Michy Batshuayi was on target in each half as Chelsea recorded a 3-0 friendly victory over Premier League rivals Arsenal at Beijing’s Bird’s Nest Stadium.

Willian opened the scoring for Antonio Conte’s side five minutes before half-time before Batshuayi doubled their lead moments later and added his second four minutes after the break.

The Blues may be counting the cost of their victory, though, after they lost Pedro to a suspected concussion in the first half, while the start of the second was delayed with officials reluctant to let substitute Olivier Giroud onto the pitch after his name was not included in the Arsenal team sheet.

Conte lost Pedro to a suspected concussion midway through the first half after he suffered a blow to his face following a collision with Ospina, with blood appearing to come from the Spain international’s ear. He was replaced by Jeremie Boga.

Chelsea began to press 10 minutes before the break and Willian made sure their efforts paid off after 40 minutes as he took the ball down on a solo run and beat three Arsenal defenders and the diving Ospina as he slotted into the bottom corner with precision.

The second half got off to a controversial start as Arsenal boss Arsene Wenger wanted to bring on Giroud amongst his substitutions but the referee found that the France international was not listed on the team sheet. After some discussion – and Chelsea manager Conte giving his nod for the switch – the officials let Giroud onto the pitch as the second 45 minutes got under way.

The Premier League champions began to dominate from the whistle and Batshuayi completed his brace four minutes later. Marcos Alonso cut the ball back to his team-mate, who fired a thunderbolt into the back of the net from the edge of the 18-yard box.