Monday marks 100 years since the Battle of Passchendaele, one of the First World War’s bloodiest offensives.

The three-month military campaign, also known as the Third Battle of Ypres, saw the deaths of 325,000 Allied and 260,000 German soldiers.

Passchendaele is also infamous for being one of the muddiest battles of the war, with many soldiers and war horses drowning in the liquid mud.

Here is everything you need to know.

When was the Battle of Passchendaele?

The offensive began on July 31, 1917 and ended more than three months later, on November 6. 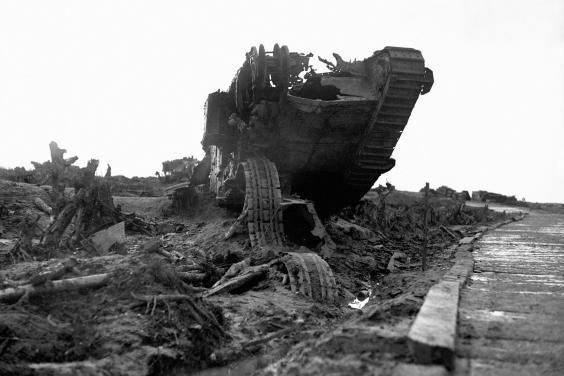 The wreckage of a British tank beside the infamous Menin Road near Ypres, Belgium. (PA Archive/PA Images)

The First World War had already been going on for three years before the Passchendaele offensive was launched.

Passchendaele, now spelt Passendale, is a small village in Flanders, Belgium, to the north east of Ypres.

Why was Passchendaele launched?

A French assault, called the Nivelle Offensive, had ended in disastrous failure in May 1917, spurring General Haig on to push for a major British offensive. 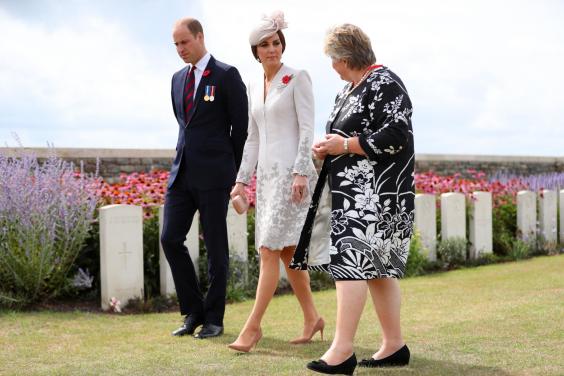 Kate and William visit war graves on the outskirts of Ypres, Belgium. (PA)

Shortly before Passchendaele, in June, the Allied army captured nearby Messines Ridge, which also boosted the belief that German troops’ morale was low.

The Passchendaele offensive began on July 18 with a bombardment attack on German lines with thousands of guns and millions of shells.

Then, in the early hours of the morning on July 31, the infantry assault began. But to the army’s surprise, the German army fought well and Allied gains were not as large as expected. 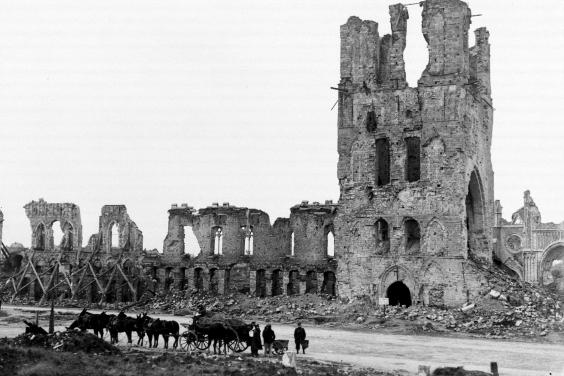 The ruins of the medieval Cloth Hall in Ypres, Belgium, at the end of the First World War. (PA Wire/PA Images)

At the same time, the area saw the heaviest rainfall in more than 30 years leaving soldiers drenched in mud. Many men and war horses drowned in the liquid mud, and even tanks became stuck.

The assault was temporarily stopped before starting up again on September 20 with further attacks in early October. 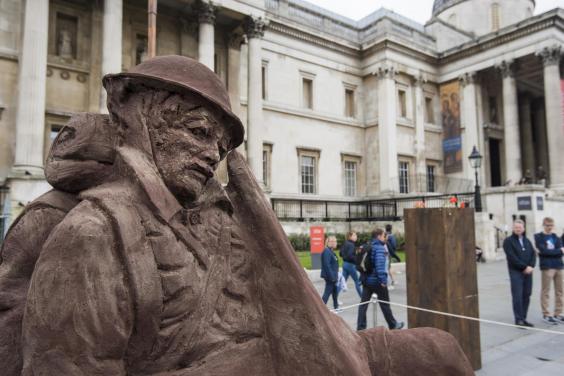 A sculpture of a World War One soldier made out of Flanders Fields mud, in Trafalgar Square, London. (PA Wire/PA Images)

Troops finally captured the village on November 6 and the offensive was called off with General Haig claiming success.

How many people died?

Although it is difficult to calculate exact numbers, around 325,000 Allied and 260,000 German soldiers died in the Battle of Passchendaele.

Why was it important?

The battle became a symbol of muddy trench warfare and large numbers of casualties which defined the First World War.

The operation led to criticism of General Haig for continuing the campaign even after it became apparent a breakthrough might be unlikely.

Although both sides suffered badly, one common view is that German forces could afford the loss of troops even less.

How is it being remembered?

The Duke and Duchess of Cambridge have led the official commemorations to mark 100 years. 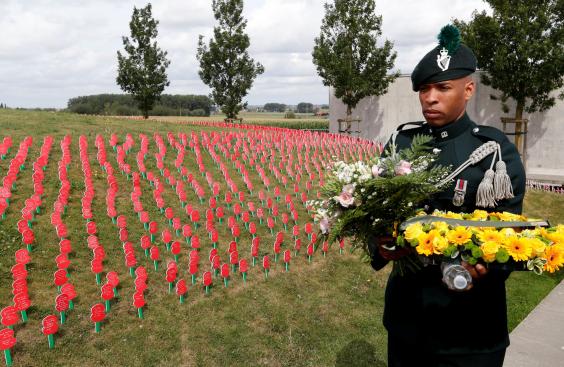 A soldier walks past a field of tribute poppies at the Tyne Cot cemetery ahead of a commemoration to mark the centenary of Passchendaele. (Reuters)

The towering Menin Gate in the Belgian town is covered with the names of 54,391 British dead who have no known grave, according to the Commonwealth War Graves Commission.

Speaking at the Menin Gate monument in Ypres, where the Last Post was played, Prince William said: “Today, the Menin Gate records almost 54,000 names of the men who did not return home; the missing with no known grave.

“Members of our families; our regiments; our nations; all sacrificed everything for the lives we live today.”

Those who fought there included Harry Patch, the “Last Tommy” who died aged 111 in 2009.