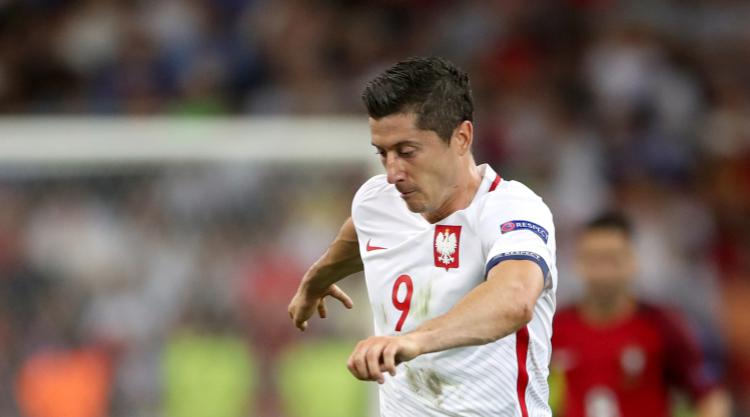 Bayern Munich have dismissed speculation linking Robert Lewandowski with a move to Manchester United or Chelsea.

The Bundesliga giants were adamant Lewandowski would be staying and suggested any club seeking to negotiate directly with the player first would be reported to FIFA.

The Poland striker was on Wednesday the subject of speculation over a move to the Premier League, with United and Premier League champions Chelsea known to be seeking a striker.

Sky Sport Germany tweeted a statement from the German club which read: “Robert Lewandowski has a contract with FC Bayern, which he recently extended to 2021.

“Bayern are not thinking about any move for Lewandowski. There are no talks with other clubs, and there will not be.

“If other clubs negotiate with a player who still has a long-term contract, they risk punishment from FIFA.

“The player’s agent also assured us that he did not hold talks with another club.”

Lewandowski scored 30 league goals last season, but was said to be “disappointed” over a lack of support in his quest for the golden boot, which was claimed by Borussia Dortmund’s Pierre-Emerick Aubameyang.

Lewandowski joined Bayern from Dortmund in July 2014 and has won the Bundesliga in each of the last three seasons.