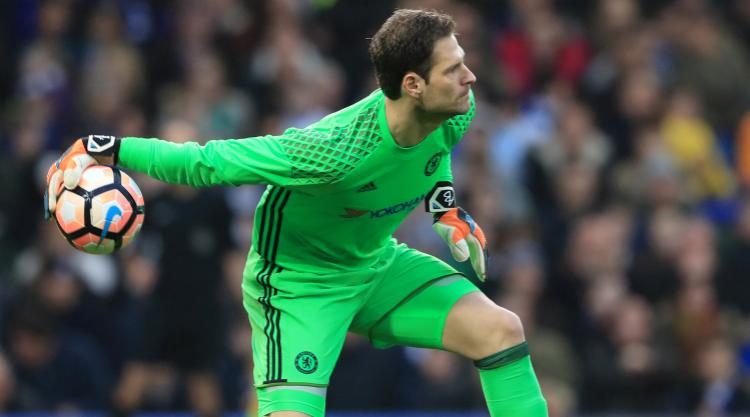 Asmir Begovic hailed Eddie Howe as one of the most talented young managers in the world and a key factor in his decision to join Bournemouth from Chelsea.

Begovic played with Howe when he first started out at Portsmouth in 2003 and then worked under him during a brief loan spell with the Cherries in 2007 after Howe had become a coach.

Now Begovic is back at Bournemouth for the long-term and he says Howe, who has led the club from League Two to the Premier League, was the biggest motivating factor.

“He’s one of the best English managers and best up-and-coming managers in the world of football.

“Being able to play under him and learn from him, hopefully he can take my game to another level. That was part of the attraction coming here, part of the challenge.

“So far, so good, he’s been very impressive in the first couple of weeks and I know him a little bit from the past. It’s a pleasure to work with him.”

Begovic became known as one of the most reliable goalkeepers in the division during five years at Stoke but he struggled to dislodge Thibaut Courtois from the starting line-up at Chelsea.

The 30-year-old said he had other offers from English teams this summer but insisted Bournemouth was always his preferred choice.

“Definitely I had a couple of other conversations with other clubs,” Begovic said.

“A couple of Premier League clubs, they were looking for a goalkeeper and it was important to hear what they had to say and assess all my options. But this was my number one by far.”

Begovic made only 19 league appearances for Chelsea during his two seasons at Stamford Bridge and he admits he had grown impatient at his lack of playing opportunities.

“I think the main reason to leave Chelsea was obviously the lack of game time,” Begovic said.

“But obviously the lack of game time was becoming a bit of an issue. I was coming to the best years of my career so I wanted to go somewhere I could compete to get more playing time.”