Brexit Secretary David Davis is set to appoint a Conservative Right-winger who lost his seat in the general election as a £115,000-a-year chief of staff.

Stewart Jackson — nicknamed “Wacko Jacko” by officials in the Department for Exiting the European Union — is understood to be meeting the Cabinet minister tomorrow.

Mr Jackson, who served as Mr Davis’s Commons aide in the last Parliament, is a hardline Brexiteer who ran a What’s App group for Right-wing MPs opposed to compromises.

A source claimed Cabinet colleagues and departmental officials opposed the appointment, but the Brexit Secretary had considered several special advisers and journalists and decided that Mr Jackson was best for the job. 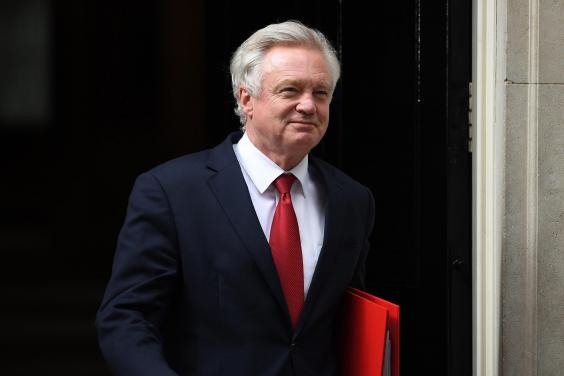 “It sends the wrong message,” said the source. “It will undo the credibility that Davis has earned by working with MPs worried about a hard Brexit.”

Mr Jackson is a combative figure who after losing his Peterborough seat branded a voter on Facebook as a “pillock” and a “thick chav”.

His What’s App group — the Dexeu and IT [International Trade] Support Group — was designed to help Mr Davis and International Trade Secretary Liam Fox and carried the departmental logos, leading some MPs to think it had official government status.

Approached by the Evening Standard, Mr Jackson said: “There has been some speculation but I’m not in a position to confirm or deny anything.”