King Felipe VI and Queen Letizia of Spain were today formally greeted by the Queen and Duke of Edinburgh at Horse Guards Parade at the start of a three day State visit.

It is expected to be 96-year-old Philip’s last state visit before he retires from public duties in the autumn.

A total of more than 1,000 troops will take part in the state visit.

Glamorous Queen Letizia, 44, travelled to Buckingham Palace in the State Landau – the carriage which was built for the Coronation of King Edward VII in 1902 – alongside Prince Philip, while her husband travelled with the Queen. 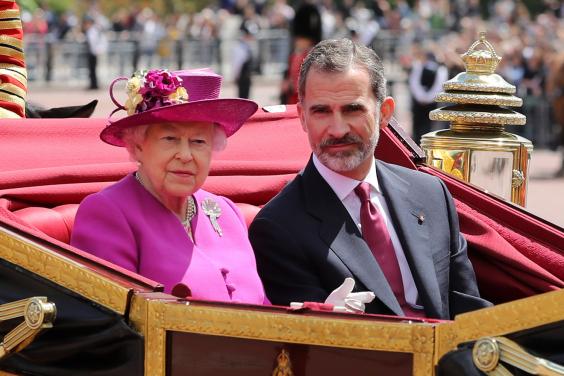 Her Majesty the Queen and King Felipe of Spain (PA)

The visit is seen as an important step in securing and maintaining good relations with Spain as the UK leaves the European Union.

King Felipe, 49, is expected to raise the tricky issue of Gibraltar during his stay in London this week.

The trip has been postponed twice – firstly because of a political crisis in Spain in March 2016, and then again when the rescheduled date clashed with the UK’s snap general election in June.

During the visit the King and Queen enjoy a lunch at Buckingham Palace, afternoon tea at Clarence House and a State Banquet at the Palace with senior members of the Royal family. 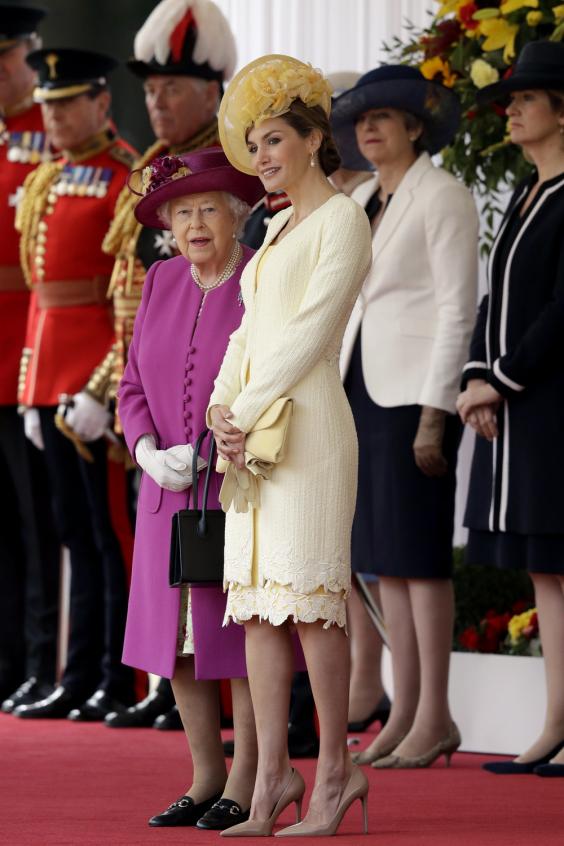 The King will also attend a UK-Spain Business Forum at Mansion House with the Duke of York.

They will visit Westminster Abbey too accompanied by Prince Harry, and they will both meet Theresa May at No. 10 Downing Street. 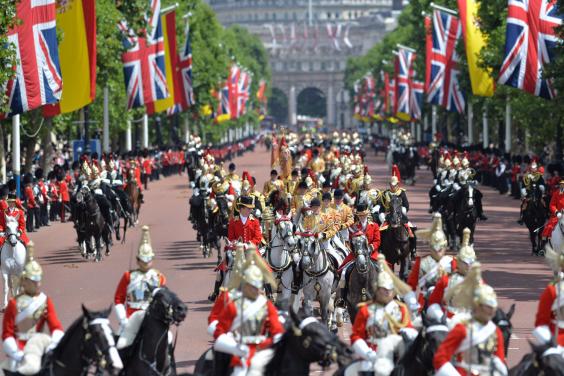 The Spanish royals are expected to meet Prince Harry and the Duke and Duchess of Cambridge at a state banquet in the ballroom on Wednesday evening.

It will be the first time full-time royal Harry, 32, has taken part in a state visit.