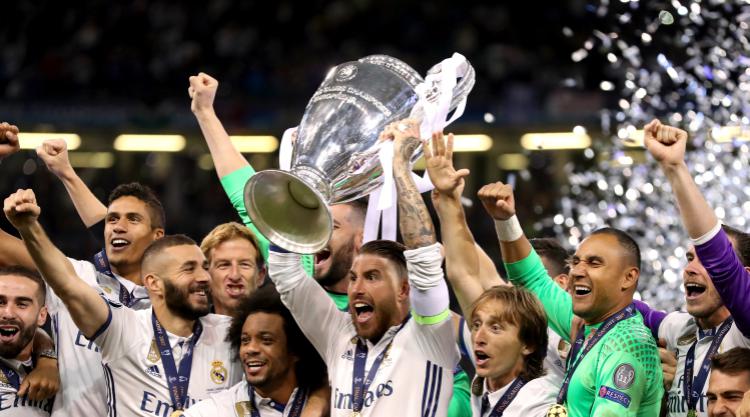 Liverpool will also learn their group stage opposition, assuming Jurgen Klopp’s men do not relinquish their 2-1 play-off lead over Hoffenheim at Anfield on Wednesday evening. Celtic qualified by completing victory over Astana on Tuesday.

The draw for the eight groups, featuring 32 teams in all, begins at 1700BST on Thursday at the Grimaldi Forum in the Principality. It will be followed by the UEFA Player Awards.

There are four pots of eight teams, with one team from each pot forming a group, although teams from the same association cannot face each other.

The Blues, the 2012 winners, return after a season’s absence after winning the English title under Antonio Conte.

Manchester United are back after winning the Europa League under Jose Mourinho, a Champions League winner in 2004 with Porto and 2010 with Inter Milan.

United, who were knocked out of the Champions League at the group stage in 2015-16, are in pot two alongside City, Barcelona, Atletico Madrid, Paris St Germain, Borussia Dortmund, Sevilla and Porto.

Spurs are in pot three, with Napoli, Basle, Olympiacos, Anderlecht, Roma and Besiktas, while Celtic will be in pot three or four depending on the final qualifiers from Wednesday’s matches.

There could be some intriguing ties. Chelsea, for example, could face Barcelona or PSG from pot two, Napoli from pot three and RB Leipzig from pot four.

The draw for the group stages of the Europa League takes place in Monaco on Friday.

Everton will hope to be in the draw alongside Arsenal, who are in an unfamiliar competition, starting a season out of the Champions League for the first time in 20 years.

The Toffees lead Hajduk Split 2-0 ahead of Thursday’s second leg in Croatia.