A huge crack opened up in one of south London’s busiest roads as a burst water main caused flooding.

Brixton Hill was brought to a standstill on Thursday morning as water streamed down the main road.

The street, which serves as a major link between swathes of south London and the Tube network, was cordoned off by police just before 5am.

Eyewitnesses reported that a “large crack” had opened up in the road – which joins Brixton and Streatham Hill – and pictures show a stretch of the tarmac flooded with gushing water.

Thames Water have sent a team to investigate the flood, located near Brixton Prison, and police remain at the scene. 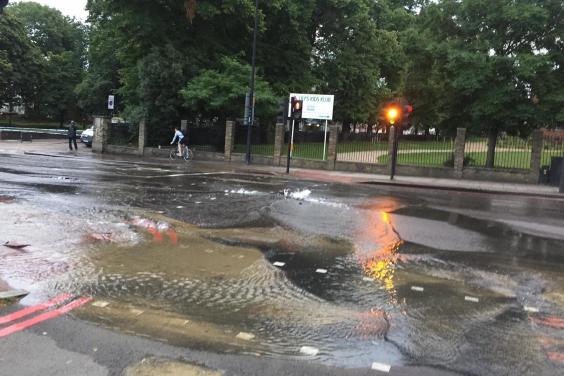 Pipe: The water has caused a crack to form in the road

A Thames Water spokeswoman told the Standard: “We have sent a team to investigate the burst pipe. It is not currently affecting any water supplies in the area.”

The road remained closed between Christchurch Road and Brixton Water Lane as engineers investigated and drivers were warned to avoid the area.

Lambeth MPS tweeted: “#Brixton Hill is closed this morning due to a burst water main. Motorists are advised to avoid the area.” 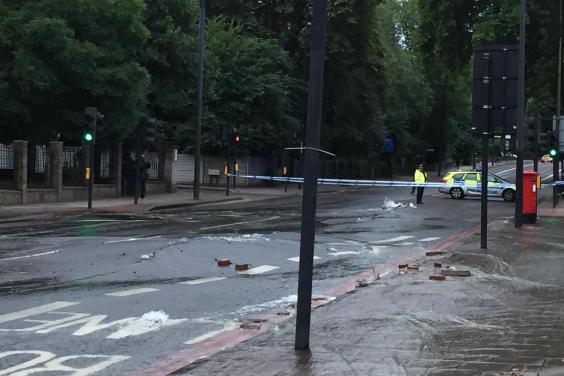 Disruption: The road remained closed off as rush-hour began

This page is being updated.