A busy road in south London is set to be closed for “several days” after a burst water main flooded the road and caused a huge crack in the tarmac.

Brixton Hill was blocked off in the early hours of Thursday morning after a burst pipe left water gushing across the road.

Video and pictures of the scene show water flooding out of the break with such force that it ruptured the tarmac.

Frustrated residents were left struggling to get to work in morning rush-hour as buses were diverted away from the road – which connects Brixton to Streatham Hill. 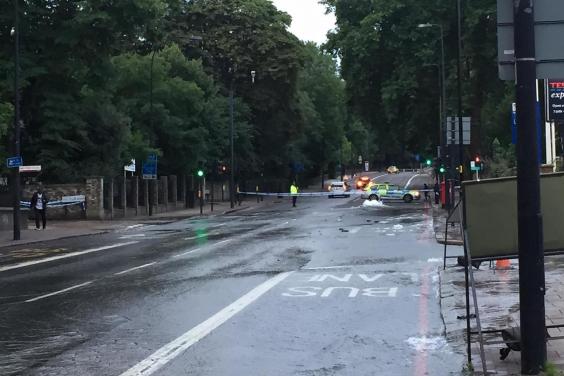 Flood: The pipe burst in the early hours of Thursday

Thames Water has since revealed that works on the pipe could last several days.

A spokeswoman told the Standard: “The burst pipe has not affected anyone’s water supply in the area.

“We have engineers at the scene and we expect the works to take a few days.”

The busy commuter area is expected to be severely congested during rush-hour after traffic was backed up for several hours on Thursday morning.

Passengers reported that buses were “nose to tail” along Kings Avenue and added: “If you can avoid getting the bus this morning, do.”