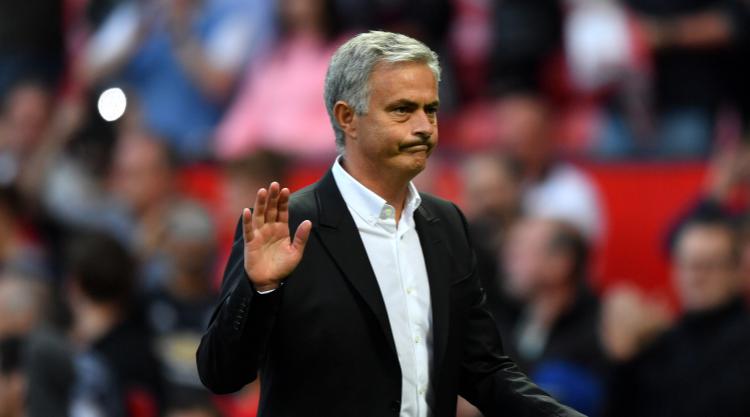 Bryan Robson believes Manchester United are in their best place to challenge for the Premier League crown since Sir Alex Ferguson retired.

Life without the Scot was always going to be difficult but few could have foreseen just how tough it would be.

Ferguson left United as Premier League champions in 2013 but since then they have not finished higher than fourth.

Jose Mourinho was brought in last year to bring the club back to the top and, having won three trophies and finished sixth in his first campaign, a genuine title challenge now looks on the cards.

Saturday’s 2-0 defeat of Leicester continued their 100 per cent start to the domestic campaign and United great Robson believes this is their best shot at Premier League glory since Ferguson left.

“It always depends on injuries throughout the year, but as far as I am concerned since Sir Alex left this is probably the strongest squad that I’ve seen,” he told Press Association Sport.

“We’ve got pace, we’ve got power, but we’ve also got quality players.

“That helps to try and win titles, but Manchester City, Chelsea, Tottenham these sort of teams are top-class teams.

Smart summer acquisitions have bolstered a squad benefiting from a year working under Mourinho, with those signed last year having kicked on again.

Eric Bailly continues to impress in defence and Henrikh Mkhitaryan racked up his fifth assist in their three opening Premier League matches on Saturday.

Paul Pogba collected United’s man-of-the-match award for the second game running and Robson, a man who knows a thing or two about midfield excellence, cannot wait to see him fulfil his potential.

“I think Paul had a real good season last season,” he said. “I disagree with people who were a little bit critical of him.

“People can go on about the transfer fee but I thought Paul did really well and that’s why we won the two major trophies last year, part of that was because he performed really well in the big games.

“I thought he played really well in the final against Southampton and then he had a big influence, scoring the first goal, in the Europa League final, so I think Paul did better than what people give him credit for last season.

“And I think he is only going to get better.”

Pogba will be hoping to continue his form with France during the international break, when Old Trafford will be hosting United Legends against their Barcelona counterparts on September 2.

All money raised will help the Manchester United Foundation’s work in the local community, with previous matches against Real Madrid and Bayern Munich raising more than Â£1.8million.

“This is why always love this game at Old Trafford,” Robson, who will manage the Legends on Saturday, said.

“We’ve had a terrific turnout and the fans have been fabulous.

“The players play for nothing as it’s for a worthy cause.

“Everybody knows what the Manchester United Foundation is about – they support great charities and the communities around in Manchester.

“It’s a great cause and you know that’s why I always like to be involved in it because it’s great for the Foundation.”

:: Tickets for the match between Manchester United Legends and Barcelona Legends on September 2 are on sale now at www.manutd.com/legendsareback