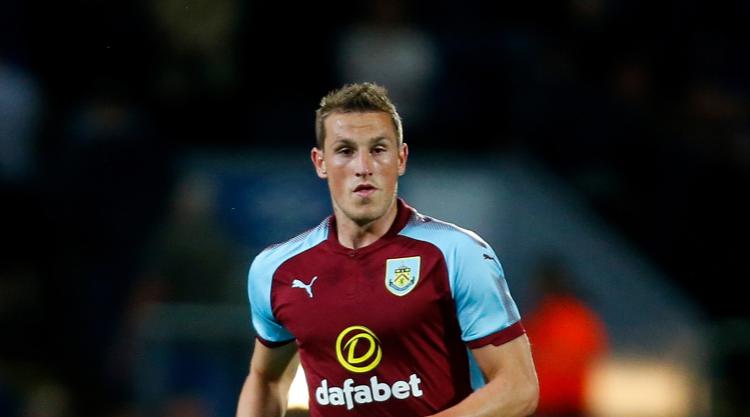 Burnley’s record signing Chris Wood knows things will not always come as easy as the dramatic stoppage-time equaliser which marked his Premier League debut for the Clarets against Tottenham two weeks ago.

But the 25-year-old – snapped up for Â£15million from Leeds last month – is determined to fight all the way to prove he has what it takes to succeed in the top flight.

Wood finished last season as top scorer in the Championship but his previous two forays in the top tier – with West Brom and Leicester – were brief and less successful.

He heads into Sunday’s clash with Crystal Palace on a high, though, and believing the striking competition at Turf Moor can only help his career continue to improve.

Wood said: “I’ve got ambitions and I’d like to prove a lot of people wrong – people will always say things, but it’s for me to go out and do my best for the club.

“I felt I could have had a role with Leicester and that maybe I wasn’t given a chance, but that’s football. I took a step back into the Championship but I knew one day I would be back.

“We have five great strikers here. It is going to come down to my performances and whether I stay in the team or have to fight to get into it.

“It is not going to be an easy road, I am not guaranteed anything and it is going to come down to hard work and making sure I play well.”

Wood came off the bench to grab the point at Wembley and could be rewarded with his first start as boss Sean Dyche seeks his first home points of the campaign.

Fellow new boy Nahki Wells is still ruled out while Jeff Hendrick is a major doubt after coming off against Spurs with a knock to his thigh.

Meanwhile, Wood insists the acrimony regarding his departure from Elland Road is all behind him and that there was never any doubt over his decision to grasp the opportunity offered by Dyche.

“It has always been my goal to play in the Premier League and when Burnley came in, I found out after the first bid was rejected how keen they were and things moved very quickly.

“I feel like I am in the form that I knew I had in me all along – it has just taken a full season under my belt to get that. I feel if I can keep progressing, I can do even better.”