Business has dipped at London tourist hotspots such as the London Eye and Madame Tussauds after a spate of terror attacks hit visitor numbers.

Its interim results report noted “a more subdued market” and said the firm “remains cautious” about international visitor numbers as there is a lag between bookings and trips.

The spate of knife, van and bomb attacks, which killed 35 people in total, contributed to holding Merlin’s pre-tax profit down in the six months to July 1, which came in flat at £50 million. 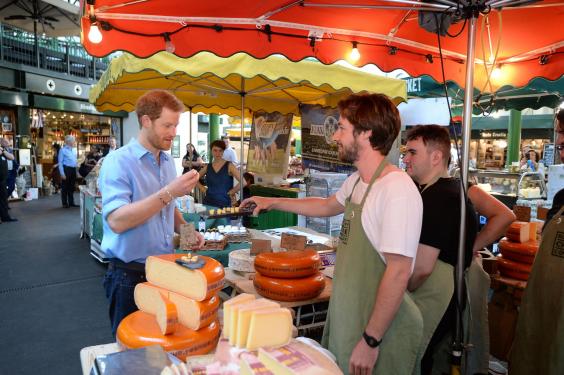 Borough Market reopened on June 15 after its closure in the wake of the terror attack, attracting Prince Harry as a punter (John Stillwell/PA )

At Midway, operating profit fell almost 17 per cent to £57 million in the period.

The terror atrocities came after a bright patch for Merlin, which said in March that profits were being boosted by the collapse in the value of the pound following the Brexit vote, which has resulted in a tourism surge.

Nevertheless, total revenue rose 9.6 per cent to £685 million on a constant currency basis, and was up 3.7 per cent like-for-like.

Visitors to Merlin’s attractions grew 6.2 per cent to 29.7 million.