Canada’s Governor General has defended breaching royal protocol by touching the Queen, by saying he did it to ensure she did not slip over on a flight of stairs.

David Johnston was seen supporting the 91-year-old by gently touching her elbow as she ascended steps at Canada House in London.

He did the same thing as she later left the building, which she visited with the Duke of Edinburgh in honour of the Canadian Confederation’s 150th anniversary.

“I just was anxious to be sure that there was no stumbling on the steps.” 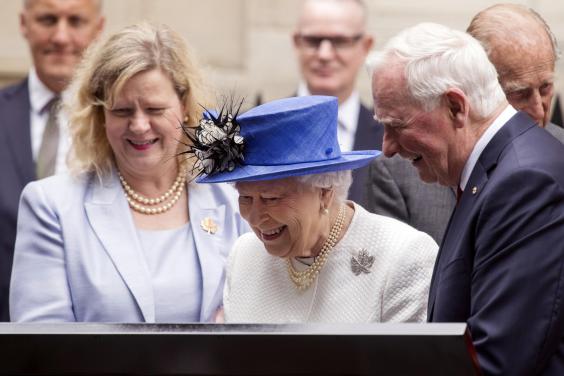 “It’s a little bit awkward, that descent from Canada House to Trafalgar Square, and there was a carpet that was a little slippy, and so I thought perhaps it was appropriate to breach protocol just to be sure that there was no stumble.”

It comes after a row erupted over royal etiquette when basketball star LeBron James put his arm around Kate Middleton at a Cleveland Cavaliers game in 2014.

And in 2009, Michelle Obama caused  an uproar when she and the Queen had a brief hug.

The royal website says there are “no obligatory codes of behaviour when meeting the Queen or a member of the Royal Family, but many people wish to observe the traditional forms.”

It is generally accepted that members of the public do not touch the Queen.