Charlie Gard will be buried with his cuddly toy monkeys, his grieving parents have said.

Connie Yates and Chris Gard brought one of their son’s two toy monkeys to each court appearance during their lengthy legal battle to take him to the US.

His mother Ms Yates said it was so “we always had a little part of Charlie with us.”

Charlie died on Friday evening after his parents called time on their legal battle, agreeing that treatment in the US no longer had any chance of success. 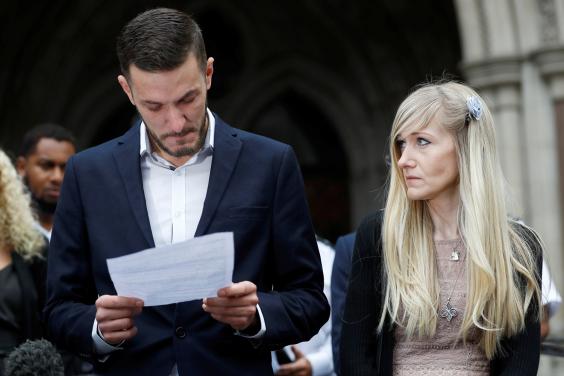 His breathing tube was finally withdrawn at a hospice after he was transferred from Great Ormond Street Hospital.

On Sunday night, his mother said: “We should be planning Charlie’s first birthday but instead we’re planning his funeral.”

“After that they will begin the agonising task of arranging his funeral. They haven’t finalised any funeral plans yet.

The parents of Charlie Gard with their baby son

“But they have already decided Charlie will be buried with his beloved toy monkeys.”

Over the weekend, it was revealed that Ms Yates and Mr Gard are planning to set up a charity in his name.

The £1.35 million in donations they raised to pay for experimental treatment in the US will be used to help other parents whose children have similar conditions to the rare genetic disorder which Charlie had.

Charlie died just a week short of his first birthday. By the time of his death, doctors believed he could no longer see, hear, breathe or move due to his condition.

His parents had wanted to take him back to their home in Bedfont, west London, for his final days but experts would not let him leave intensive care.

Instead, Charlie was transferred to a hospice where High Court judge Mr Justice Francis ruled doctors could stop providing treatment.

The legal battle between his parents and Great Ormond Street Hospital (GOSH) over his care had attracted worldwide attention for months.

Pope Francis, Prime Minister Theresa May and US vice president Mike Pence were among those to pay tribute to the youngster after his death was confirmed.