The parents of terminally ill baby Charlie Gard said they have faced a backlash after the hospital treating their son revealed doctors had received death threats.

Connie Yates and Chris Gard, both aged in their 30s, said on Sunday that they were “extremely upset” by “hurtful comments” they had received from the public.

It came after officials at London’s Great Ormond Street Hospital said medical staff at the hospital had received thousands of abusive messages, including death threats, in recent weeks relating to their son’s case.

Ms Yates said in a statement: “We are extremely upset by the backlash we’ve received after Great Ormond Street Hospital put out their statement last night.

“Chris and I are just ordinary parents with a very sick baby and we simply have his best interests at heart.

“Despite conflicting issues, we have always had the utmost respect for all the staff who work tirelessly at Great Ormond Street Hospital and the very difficult jobs they do every day.

“And, like them, we have been shocked by some of the public response to this case and agree with them that it is disgraceful that doctors have received death threats.”

She added that the couple had also received “hurtful comments” from the public and that the hospital was aware of this.

The couple, from Bedfont, Hounslow, are currently considering their next steps ahead of the latest High Court hearing in their five-month legal battle over whether their son should be treated by a specialist in America. 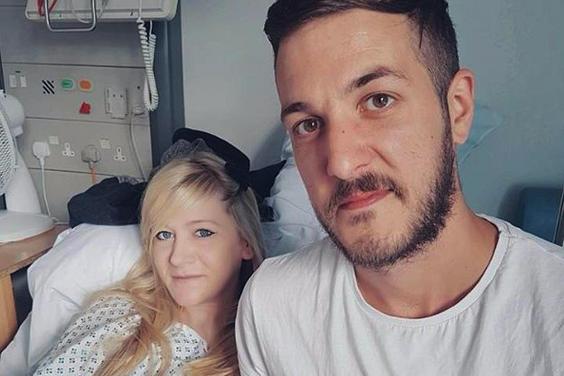 A judge had been scheduled to analyse evidence at a two-day hearing starting at 10am on Monday. Mr Justice Francis had said he aimed to make a decision on Tuesday – and had questioned whether a two-day hearing would be long enough. But the hearing has now been re-listed and is scheduled to start at 2pm on Monday. Lawyers have given no explanation for the scheduling change.

On Friday a barrister representing Great Ormond Street Hospital doctors caring for the 11-month-old boy told his parents that a report on the latest scan made for “sad reading”.

Ms Yates burst into tears when Katie Gollop QC broke the news at a preliminary hearing in the Family Division of the High Court on Friday. Mr Justice Francis asked Ms Gollop not to reveal full details of the report – the judge indicated that Charlie’s parents should be given time to consider it privately.

Last week the American specialist, Michio Hirano, a professor of neurology at Columbia University Medical Centre in New York, travelled to London to examine Charlie for the first time and discuss the case with Great Ormond Street doctors. Lawyers had told the judge that they would analyse reports from the gathering over the weekend.

Mr Justice Francis has considered the latest stage of the case at public hearings in the Family Division of the High Court in London.

Mr Gard and Ms Yates have asked judges to rule that Charlie, who suffers from a rare genetic condition and has brain damage, should be allowed to undergo a therapy trial in New York.

Doctors at Great Ormond Street say the therapy is experimental and will not help.

Charlie’s parents have already lost battles in the High Court, Court of Appeal and Supreme Court in London.

But the couple say there is new evidence and had asked Mr Justice Francis, who in April ruled in favour of Great Ormond Street and said Charlie should be allowed to die with dignity, to change his mind.