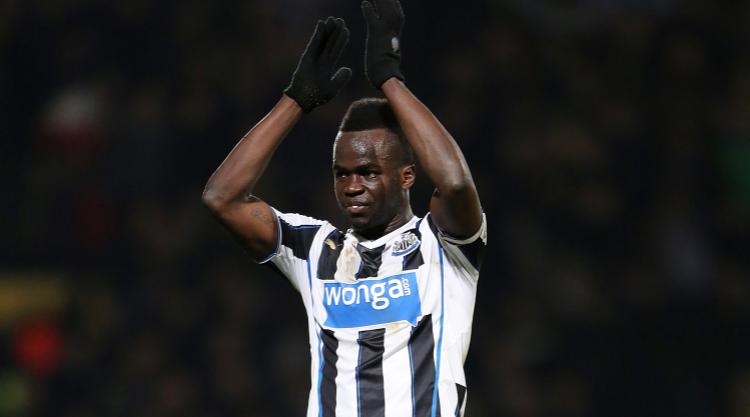 Boots were an unattainable luxury for Cheick Tiote when he started playing football on the streets of Abidjan in the Ivory Coast at the age of 10.

Tiote, who went on to play in two World Cups for his country and become a Premier League regular, claimed he did not even see a pair for five years after taking up the sport.

“I played barefoot,” the midfielder recalled to reporters in 2010. “With bare feet I actually had better contact with the ball, and it helped me develop.”

One of 10 siblings, Tiote’s nascent talent was spotted by scouts from Anderlecht, and in 2005, at the age of 19, he signed a three-year contract with the Belgian club.

Tiote’s remarkable trajectory took him into a Champions League debut the following year, but injuries hampered his progress and he was farmed out for a loan spell at Roda JC in Holland.

In 2008 Tiote moved to FC Twente, linking up with former Middlesbrough and England boss Steve McClaren, who would play no small part in convincing the player that his next significant port of call should be the north-east of England.

Tiote’s successful stint at Twente coincided with the club winning their first Eredivisie title in 2010, the same year in which Tiote would also make his international breakthrough, featuring in all the Ivory Coast’s World Cup games in South Africa.

His reputation as a combative, ball-playing midfielder attracted the attention of Newcastle, for whom he signed in a Â£3.5million deal in August 2010 – a deal which was extended to six and a half years the following summer.

Magpies boss Alan Pardew said: “Cheick is exactly the type of player I want in my squad. He offers us strength and presence in midfield and his fantastic on the pitch and in the changing room.”

Despite numerous disciplinary issues, including a sending-off in the 2012 north-east derby against Sunderland at the Stadium of Light for a late challenge on Steven Fletcher, Tiote continued to impress.

He stepped in to captain the club for the first time in 2013, but he became increasingly hindered by knee and hamstring injuries, not to mention persistent rumours of interest elsewhere.

A devout Muslim, Tiote made headlines in 2014 when it was revealed he had married a second wife in Abidjan, despite still living with his first wife and their two children in the Northumberland village of Ponteland.

Having found himself increasingly on the margins of the first team, it was little surprise when he left the Magpies in February 2017 to sign a lucrative deal with China League One side Beijing Enterprises.

But he will be fondly remembered on Tyneside, not least for his solitary goal – a stunning equaliser to seal a 4-4 draw, from 4-0 down, against Arsenal in 2011.